Possibly just when Reliance Jio – the new boy around the corner in India’s telecom industry – was busy weaving the ceremony night for a resounding victory over all major telecom operators in India, Bharti Airtel – one of the oldest and largest telecom player has come up with a plan to downplay Jio threat. 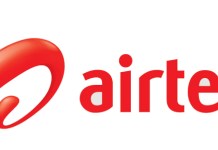 Airtel just announced a plan that will take Jio head-on. 28 GB data for 4G users, coupled with unlimited free local and STD calls – Airtel definitely has something under its sleeve to offer to its users. That’s 1 GB of daily data for Airtel subscribers – something to the tune of Jio’s Prime offering.

Before you just run for the plan, take your time to learn more about it. Here is what Airtel is offering:

Other moves made by Airtel, Vodafone and Idea

In case you are thinking that Airtel is the only operator who is trying to counter Jio threat, you are wrong. There are other players as well, who are trying hard not to lose their customers to Jio. Before we talk of what Vodafone and Idea Cellular are offering, let us take a look at another move by Airtel.

Another plan that Airtel had was that of INR 145 a month. This plan went through radical changes and now comes with the following offerings:

Vodafone is India’s second-largest telecom operator. To counter Jio’s aggressive move, Vodafone is offering a plan worth INR 342 a month. Here are some of the features of the plan:

Interestingly, Vodafone hasn’t really made this offering very public and the information has been obtained from various Vodafone subscribers who receive text message from Vodafone.

A spokesperson from Vodafone stated that the company is currently offering what is known as “Various Segmented Propositions”. This offer, according to the spokesperson, is going to stay valid till March 15, 2017 – that’s not good, is it?

Idea Cellular is India’s third largest telecom operator has also come up with its very own tailored plan to deal with onslaught of Jio. Idea is currently offering the following:

All these comes against a monthly cost of INR 348 per month.

A spokeswoman from Aditya Birla Group telco has revealed that this offer has been made available only and only to those customers of Idea who have 4G-enabled mobile phones but are non-data users. That’s not really fine, is it?

There is a price war going on among telecom operators. Something that has come out of this war is: “Telecom operators have been robbing customers inside and outside. Remember the days of 1 GB data against 250+ bucks? Data wasn’t really that pricey, was it? If data was so pricey, how come the telecom operators can manage to provide all these offerings now?” We were bluntly robbed till now and somewhere we feel; they are still robbing us! They will continue to rob us till there are addictions like Facebook, WhatsApp etc. We are slaves and they are the masters!