On the recently held state election in the state of Uttar Pradesh the Bharatiya Janata Party managed to grab the single majority win. The party head has placed Mr. Yogi Adityanath as chief minister of the state and he sworn as the CM of UP on 19 March 2017. Ever since, he claimed the state head position there has been several bold actions and detonative terms are implemented in the state by his direct orders without gathering the state cabinet ministers meeting. Among several bold moves the announcement of the Annapurna Bhojnalaya Yojana, which grabbed lots of attention among the poor peoples of the state who are struggling to quality food for low rates. 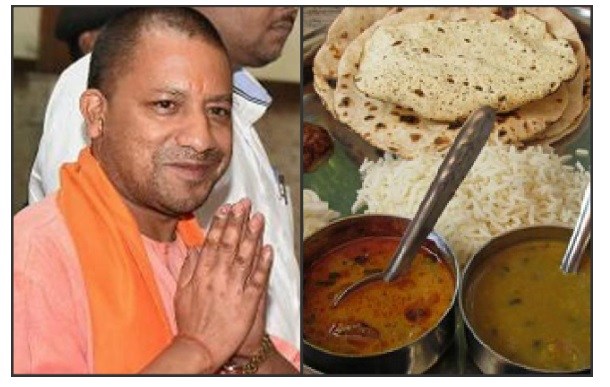 Aim of this Annapurna Bhojnalaya Yojana

The current Chief Minister of the Uttar Pradesh State proposed this beneficiary scheme for poor people in order to provide quality better foods for the low level peoples of the state. Under this scheme most of the labourer workers and rickshaw drivers will get benefited.

In this business world, literally it is impossible for the people to get quality food for low cost on accounting this issue the state government of UP under the leadership of Mr. Yogi established to food providing scheme by which the quality foods will be offered by the public for low rates in fact the rates which is set by the government to deliver foods under this scheme would be impossible to be provide by the private hotels and food centers.

What is the Annapurna Bhojnalaya Yojana?

After introducing ‘Anti Romeo Squad’ and ‘Karj Maffi Yojana’ schemes for women and farmers of the Uttar Pradesh state, now the CM Mr. Yogi turned his attention on poor low class people. With the intention of offering quality food for the poor and eligible people of the Uttar Pradesh for the low price. Here the low price gets the big attention, the prices which is set for the foods provided under this scheme via Annapurna Restaurant is literally unimaginable by common man.

Under this scheme, breakfast and lunch will be provided to the rightful person at the price of Rs. 3 and Rs. 5. By proposing this food welfare scheme for the state poor people, the state chief minister Mr. Yogi strongly believes that hereafter the poor peoples of the state no need to spend their day with empty stomach.

Though, the scheme is defined as for the poor people like daily wage workers, laborers, rickshaw drivers and so, there hasn’t any specific terms and conditions are revealed by the state government of Uttar Pradesh to consider as the eligibility to avail the benefit having food for low price from Annapurna restaurants.

While hinting about this food for poor scheme, the CM Mr. Yogi quoted certificates of indebtedness by saying as “Annapurna Bhojanalay Yojana will be opened in all the municipal areas of the UP state and apart from provide quality nutritious and tasty food for low cost, people of all classes will also have the opportunity to avail the benefits offered under this scheme”

As per the trusted sources from the state government of UP, the scheme will drafted according to the current UP CM Mr. Yogi and as per his views and guidance the draft proposal of the Annapurna scheme has been prepared by the state Chief Secretary. Also in next 1 or 2 days it is widely believed that the detailed presentation about this Food for Poor scheme will be submitted in the press meet by the chief minister Mr. Yogi Adityanath.

Meanwhile, several state opposing parties and other political leaders strongly raised their voice as the scheme can’t be implemented effectively and it would get totally failed. However, there has been source pointing that Mr. Yogi has experience in handling such Annapurna Bhojnalaya food center by his own for the past 8 plus years. Under this he provides food for Rs. 8 to the poor people, now with the support of government funds he surely can get succeed on handling this food for poor scheme state wide.

Key Features about the food for poor scheme

Where the Idea of Annapurna Bhojnalaya Yojana does came?

The Amma canteen which implemented in the southern India, in the state of Tamil Nadu is the reference for majority of the states to provide food for poor people in their states for low rates. The Amma Canteen in the Tamil Nadu state was established by the former Chief Minister Late J. Jayalalitha who literally named as the ‘AMMA’ by the followers and party members. On witnessing the success of the Amma Canteen in the state of Tamil Nadu, the UP Chief Minister followed the same line by announcing the “Annapurna Bhojnalaya Yojana”.

After getting draft proposal from the state chief secretary along with the participants of Public Private Partnership (PPP), the full details along with the terms and rules about the food for poor scheme will be announced by the chief minister of UP Mr. Yogi in next few days.

After witnessing the several mind blowing moves of the newly elected CM of the UP Mr. Yogi, now they are about to experience the unexpected and unimagined low priced food from the Annapurna restaurants/canteens in all the existing 14 municipalities of the state. With the successful implementation of the scheme, the government can ensure that the poor people from the state of UP will no need to be in empty stomach during to insufficient money for having quality food.