Well, now that the elections are in, a lot of strategies are being taken up by the political leaders to grab the attention of the common people. We are not saying that all these are fake; some are really essential and helpful for the people. And such an example was the Amma Canteen that was launched in Tamil Nadu by Jaylalitha. The Amma Canteen offers food for the poor and needy people at less rates and this has gained immense popularity in Tamil Nadu. The Amma Canteen has been appreciated a lot by the people of Tamil Nadu. This can be said to be a part of the subsidized meal program and this time it might be implemented in Madhya Pradesh. 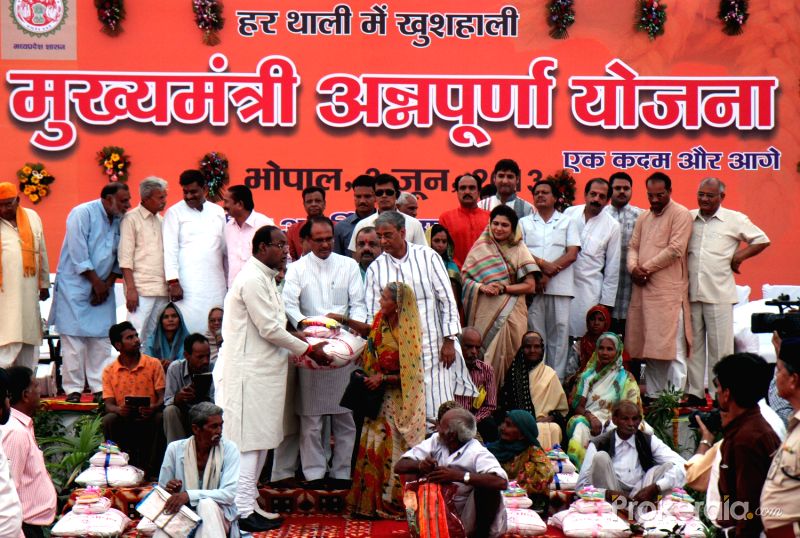 This is not new one, but definitely a great one

After the Amma Canteen was launched in Tamil Nadu by chief minister Jaylalitha, Madhya Pradesh CM, Mr. Shivraj Singh Chouhan has also taken up this initiative for launching the Chouhan Thali. Now this is a complete meal for the poor people which will be provided to them only at Rs 10. The subsidized meal programs in other states have gained great popularity, even in Odisha and Tamil Nadu. The Thali that will be provided to the people at lesser rates shall comprise of dal, roti, sabzi, pickle and rice. And this is going to be really cheaper than the food available at street sides. The meal offered in these canteens or the government eatery centers are cheaper and economical. These are specifically created for the needs of the lower middle class society. But making a complete Thali with just Rs 10 is something really great that the government has come up with.

During the recent pachmarhi convention of BJP, this idea was formatted by Mr. Chouhan at a closed door party meeting. The Chief Minister is looking forward to launch this program on the birth anniversary of Pandit Deendayal Upadhay. The Madhya Pradesh Government has started the Annapurna Yojana and the main objective of this scheme is to feed the poor and needy. It is really great to see the government thinking so much about the economically troubled section of the society. The official announcement of the scheme is yet to be made. But what needs to be considered here is, after the elections the people shall be benefitted and to what extent this scheme shall be continued. Till date there have not been any negative reactions about this scheme, but we will have to wait after the elections.

A tabular overview of Annapurna Yojana