Silently taking hit after hit in form of blames from Indian National Congress and several other political parties in India, BJP or Bharatiya Janata Party waited for the right time to bounce back, shake off the dirt and emerge as people-oriented party and not a party of corporate favoritism and rich-centric sentiments. 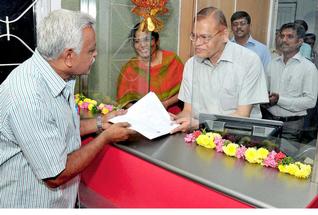 Ever since Narendra Modi sat on the PM’s chair, he and his cabinet has been rolling out schemes after schemes, which are nowhere even near to being rich-favoring. For instance:

Since Independence Indian politicians walked the path of Nehruvian Socialism that was based on the premise that government intervention should be gradual, it should be natural and that egalitarian society is where India should reach. The end result of that was epic failure, bad economic legacy, epic corruption and not to mention, some of the biggest scams in history of India in last decade before Modi took command of the nation.

So, what we reaped out of Nehruvian Socialism?

That was not good governance and Indian citizens were grinded between Fabian Socialism and Nehruvian Leftism that merged together to form Nehruvian Socialism in India.

In an attempt to cleanse the Body Politic, Modi waged a war on black money and corruption. The weapons pulled out were demonetization, cashless economy and IT raids. Now, with Budget 2017-2018, the government has once again proven that it never favors the rich and that it serves the people. From taxing rich and super-rich more to empowering women, from spending more in infrastructure and agriculture to maintaining fiscal prudence, from supporting MSMEs to skillification (we just made up this word) of Indian youth – the Union Budget of 2017-2018 is no way a populist budget. It is more of a popular and India-centric budget than being a budget that promises a lot but favors only a few elite.

One of the most disgusting faces of Indian politics was its failure to extend public services to far corners of the nation. One such failure was seen in the extension of passport services. It was a known fact that in many places in India, people had to travel hundreds of kilometers just to apply for passport. That was not something easy. Digressing from the established norm of providing passport services particularly via passport front offices, Union Finance Minister, Mr. Jaitley, announced during budget presentation that, in every Indian district, the head post office will now render passport services, which include acceptance of passport application and collection of passport related grievances.

While it may sound weird, extending passport service via post offices actually requires power transfer from MEA (Ministry of External Affairs) to post offices. So, one ministry will work on behalf of another ministry – something that never happened before in India.

Post office personnel or officials will receive thorough training from MEA for this purpose. The pilot project for this took off at Gujarat’s Dahod and Karnataka’s Mysuru on January 25, 2017. As the project will be phased out gradually, Kolhapur and Ahmednagar (both of which are under Pune RPO’s jurisdiction) will become the first districts to get the benefits. Government is hoping that number of passport applications will increase significantly after this project is implemented nationwide. Results have already started coming in from pilot project.

While on books, this move of using head post offices as front offices for passport may seem unimportant, the underlying truth is far more important – government reaching out to the people who actually elected the government. That’s good governance and bringing people to the forefront instead of focusing on political agenda.