Well it just cannot be denied that the whole nation has been working on the tagline of “Save girl child”. And regarding this issue, our PM has launched innumerable schemes to be implemented in India. According to the reports, we know that innumerable girls are still being aborted every year. And the basic reason of such huge abortions is just the sheer orthodox mentality that women are not capable to perform work or fight the daily chores or earn like a man. Till today in Indian rural areas, women are considered to be the housewives who would just maintain a family. It’s really unfortunate, but it is a fact. But our central government is now taking up steps to stop such mentality. Now that being said, the state government of Punjab has thought of something that was going to be one step ahead. 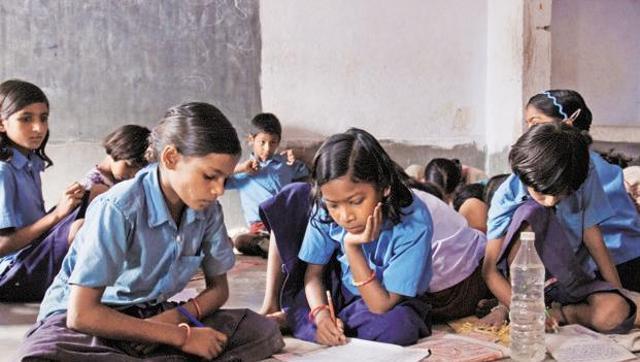 As we know that a huge number of children are affected every year with different diseases during their infant stage. The parents, especially those who are living in the rural areas, do not have the financial condition to provide their families with all vaccines. They even do not have the mere information about what diseases might affect their children. This is why the Punjab State government developed the Balri Rakshak Scheme. The scheme was every girl child will be offered Rs 500 per month for medical sterilization. The children are more prone to infectious disease. And this is why the scheme was taken up by the government. But unfortunately the scheme did not work. Why didn’t the scheme work? We will get to that point gradually. But let us focus on what the scheme planned to provide for the kids.

The primary objectives of the scheme were formatted for reducing the mortality rate within the Indian infants. The scheme promoted girl child so that the sex ratio would be maintained in India, as we all know that the sex ratio is gradually getting hampered due to the increased rate of abortion, especially among the financially backward families in rural areas.

The scheme was also focused on motivating couples to adopt the terminal method for sterilization. This would help the growth rate to a certain extent. Considering the objectives, it cannot be said to be a really irrelevant scheme in India.

As stated, the Balri Rakshak scheme started in Punjab. Within this scheme, even the families that had more than one girl child also were provided with Rs 500 for the medical sterilization. And this scheme was provided for all the girls who were below the age of 18 years. There were certain eligibility criteria for the scheme.

The couple needed to be a resident of Punjab. You have to provide the birth certificate of your daughter. The families needed to e a non income tax payee. Which means the family cannot have an income that is taxable in financial records of state government.

Also the family had to adopt the two child norm that was offered by the state government. And finally, the family must not have any male child, and can have one or two girl child. So as we can see here, the last two eligibility criteria being really weird, a lot of families backed out from the scheme.

The reason of backing out was, you can inform people and make them aware about population explosion. And then ask them to not try for more than two kids in a family. But you just cannot impose a rule to not have more than two kids. Also, not providing the male child with the facility was a cause to not opt this scheme.

After a certain period of time, there were changes brought into the scheme. The family that had one girl child was provided with Rs 500 for medical sterilization. And the families that had two girl children were provided with Rs 700 for the medical sterilization of both the girls. You could apply through the Department of health and family welfare, any nationalized bank or the post office. The scheme was easily accessible for a huge number of people, but the eligibility criteria became a major concern. Apart from that there were few other reasons why the scheme was a failure.

But before the scheme was completely abolished, the government made a final try by increasing the medical sterilization money to Rs 1000 for the families with two girl child. Also, to encourage the ASHA workers in getting more such cases registered and help the department to fulfill the cause, the workers were also provided with Rs 500 incentive. In simple terms a worker who gets the case registered, will get a bonus of Rs 500. But that too didn’t go really well. So many times we have said that the scheme was a failure and had to be changed. So what went wrong with the scheme? Let us have a look.

Well, as stated by the records, one of the primary reasons for failure was the failure to provide for the families. The scheme was initialized on the day when the family opted for it. But the state ran out of budget. And the response from the state was not really up to the mark. A lot of people believe that the state could have tried harder if they really wanted the scheme to work.

Another reason for the failure of this scheme was the lack of public awareness. A lot of eligible couples were yet to register within this scheme. According to common people, the state imposed stringent laws that were completely unacceptable. The process of claiming the benefit was a tedious one. And this is the reason couples avoided in opting for this scheme.

Many people thought that the state was trying to prevent them from having any children. But that was not at all the scenario. The state wanted a balance between male and female number of individuals, and also stabilize the number of individuals. This is why the state wanted to inform people about not having more than two kids. But that went completely wrong way. According to the officials, there was no sign of publicity for this scheme to educate the visitors. The only process of publicity was holding seminars and training programs, which didn’t work put AT ALL.

Well, it cannot be denied that, a lot of people were not interested to co-operate. The reason was, they didn’t bother about the health of the girl child. The fear of permanent sterilization among people was a major cause of failure of this scheme. People thought that this process is going to hamper with their health. So they didn’t show up to take this scheme. One just cannot ignore this fear. The government needed to understand that the people who are taking up this scheme are common people who have no idea what sterilization can do to girls. This is why it was the duty of the government to make people aware about its use and effects. This would make people more comfortable to take up the scheme.

Since the scheme was a complete failure, the government had to opt for a different scheme. And the good news is, the alternative scheme of Balri Rakshak Scheme was a successful one and it’s still running. And this time the government did a pretty good job. It was popular because, the state decided to provide free medical treatment to the children, especially the infants between ages 5 years. Since there was no such fear of sterilization, the scheme became immensely popular in just two years. There were really positive responses. The alternative scheme had already benefitted more than 50000 families. Huge responses cam e from each and every sector of the society. The reason was, families are more keen to take up to the hospitals for a medical check than making them sterile.

In India, it is seen that a lot of families, do not wish to spend too much money on the health, studies and welfare of the girl, even though they have the proper financial condition. But this scheme provided free medical checkups for the children. And this is why there was no hesitation on taking their girls for checkups.