It seems the rat race among the leading mobile network providers has taken its peak. With introduction of Reliance Jio’s cheap 4G data packs other providers get accelerated and trying to grab more consumers with even cheaper plans. In a recent time when Airtel, Vodafone, Idea and Aircel start providing more attractive plans, BSNL is not behind I must say. The provider has come up with some cheaper plans including unlimited 3G plans and double data. BSNL, despite having more subscribers than Airtel or Vodafone, sometimes fail to meet the requirement of its consumers as they face terrible network problems at times. Having said that the provider successfully grabbed and still counting a large number of subscribers due to its cheap call rates and attractive data plans. 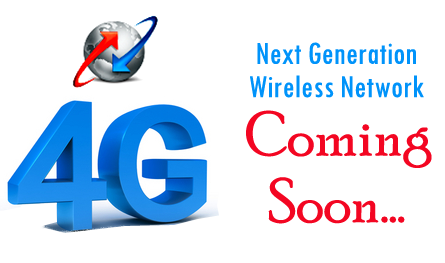 BSNL has recently announced the unlimited 3G data plan in just Rs. 1099/-. As I was saying about the network problems that consumers encounter under BSNL connection, the provider in recent time have developed and upgraded their network to increase the customer base. Of course the plan shows a fruitful result in recent past.

Under this new data plan consumers will get unlimited 3G data against Rs. 1099/- every month. The pack will be available in post paid connections only as of now. On the other it is true that when you are using unlimited data your network speed will mandatorily be affected by its usage. But the provider has the answer to this question as well. BSNL authority has promised that the plan will not slower down the speed and you can enjoy your movies, videos and downloads anywhere without buffering.

BSNL, with the introduction of the plan has now become the first mobile network provider that offers unlimited 3G plans. Before BSNL no other providers offer such unlimited data plans. All of them make their limited data cheaper to attract more subscribers.

A BSNL spokesperson said, this plan will not only be helpful for the consumers but also it will help the provider to modify and develop the network and the connections. The offer comes with FUP that is Fair Usage Policy where in you can use your data pack for the whole day, whole month and there will not be any disturbances.

BSNL already has some existing data packs that the provider has updated for the customers. Before Rs. 1099/- there are other plans too. The packs are as follows:

With the introduction of new data plan of unlimited 3G data usage the company has also revised some of the already existing data packs to make the consumers comfortable with their connection.

Customer Base: BSNL and Other Providers

Talking about customer base, BSNL tops the chart. According to a recent study by TRAI having network issues and other problems BSNL has managed to have highest subscribers while other private networks fail to do so. The reason is definitely the cheap rate they offer for their call rates and especially data packs. The company is optimistic about the fact that with introduction of these new data packs and doubling the data usage will add many more subscribers in recent future.

BSNL and Other Providers’ subscribers:

As of now no feedback from any user comes around about this offer. Though at the face of it the pack looks immensely attractive and money saver. Using unlimited data that too with FUP makes everyone smile for sure. People who use internet all the time will get a relief as with this plan they don’t need to think before downloading any tiny things.

From the view of the company, they have launched this unlimited plan before with Rs. 700/- but withdrew it later. Now they have come up with this new and revised plan with much better network that definitely helps them to snatch more users. The competition level has become tougher as BSNL is the only provider to launch unlimited 3G data plan. Now we need to wait and watch till the other providers come up with some other more attractive plans or something else.