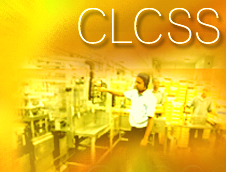 When a new scheme was launched common people can get many advantages. This scheme was the revolution of the society. These benefits are given through the below points;

Main purpose of the scheme

In the modern concept, people are very much accustomed with technology. Government realizes that the technological improvement not only limited for city but the advancement of technology is required for the villagers, because, they are the creator of the society. If they do everything which is based on technology they can easily increase the production. As a result whole progression comes from this system. The rural people remain backdated because of the in sufficient amount of wealth. By introducing this scheme government help the poor people who are suffering from sufficient money, by applying the loan, they can get the subsidy, which help them to improve their creativity. This subsidy money makes them rich, if they are concentrating on their project. So the purpose of the scheme was technical up gradation of the plant and machinery, and the whole improvement of the industry with technical instrument.

Year wise performance of the scheme

This is a revolutionary scheme, which was introduced by the ministry of micro and small enterprises. Credit linked Capital Subsidy Scheme became very successful. According to the year the performance of the scheme are given below;