Recent endeavors to make people of rural area more advanced and dependent by the government have not budded into desired results. Although, the government is trying its best to facilitate the people, but the recent report has shown that the reach of people to avail these facilities remains low. The government of India launched Pradhan Mantri Jan Dhan Yojana scheme to facilitate the people of rural areas. Nearly one year has passed but more than 32.78 lakh bank accounts in Karnataka are still empty. The government wants to decrease the number of empty bank accounts. 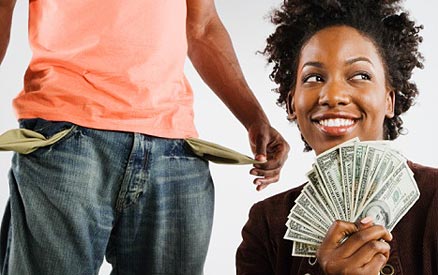 The banks are affected

This has resulted in problems for the bank management because the banks across the country were entrusted with various endeavoring schemes. According to the bank rules, if you current account balance is zero, you can neither take insurance cover of RS 100,000 nor can you make the most of overdraft facility of RS 5,000.

Recent surveys have shown that around 86.2 lakh bank accounts are carrying RS 1,018.77 crore under this scheme. And the average deposited amount in these accounts is around Rs 1,907. The number of accounts which were opened in the rural areas under this scheme us 52.81 lakh, which is 61% of the total accounts. This scheme also facilitated the account holders with RuPay cards. The number of these cards, which were issued to the bank account holders, is 79,36,231.

According to state level banking administration, the percentage of empty bank accounts has been reduced to 40%, which is deemed as a great success. They want to reduce this percentage to 30% by the end of 2015.

Initiatives taken by the banks

Banks have taken initiatives to reduce the number of empty accounts by making the existing accounts operational. According to a bank manager, the amount of transactions can readily be increased by making people more aware about schemes like Suraksha Bima Yojana and Jeevan Jyothi Bima Yojana. This way the people will tend to pay premiums for the insurance policies.

RuPay card scheme is yet to be fully explored

Many people have not yet collected their RuPay cards, which is obviously a big set back to the scheme. The banks dispatched the cards to account holders via courier, but these cards were not received and were returned to the bank. In addition to his many cards could not be posted because of biometric authentication issues.

Let us see how far this struggle takes the government. We can only hope that more people take their bank accounts serious.