Orissa government will soon launch a new food security scheme under which poor people will be able to get nutritional food grains from the state government. Chief Minister has stated that poor people will now get proper nutrients to enhance their health. The scheme will be effective across the state from next financial year. 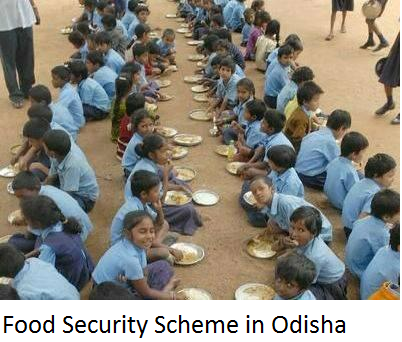 Food Security Sop in Orissa will be officially launched on the state annual budget in the next financial year 2018-19. The announcement was made on Dec 18th 2017 by the Chief Minister Shree Naveen Patnaik in Orissa. As of now officials are checking on the budget of the scheme. The official budget allocation and the cost of scheme will be declared on next annual budget of the state.

The poor people, mostly who are living below the poverty line will be covered under this scheme. By providing proper nutritional food to these people, government might be able to reduce poverty from the state.

Budget of the scheme

As of now a rough budget has been decided. The state is still checking how much financial burden state will have to carry for this scheme. As of now they are considering the budget between Rs. 1200 Cr up to Rs. 1500 Cr. The amount can be changed later.

Under the scheme the beneficiaries will get edible oil in small pouches. According to the authority the packaging will be done by following central food packaging standard rules to protect them from damaging.

As the measurement of poverty is being calculated through the nutrition anyone contains in his/her body, nutritional food can be helpful for them to increase the nutrients in body. With launching of this scheme, the state will be able to reduce poverty. As of now more than 86, 32,884 families have been benefitted from cheap rice and other food security schemes since the year 2009. More families will be benefitted from this scheme that will be launched next year.