A new health care scheme has been launched by the newly elected BJP govt. in the state of Uttar Pradesh led by Hon’ble Chief Minister, Yogi Adityanath. This project is named as ALS under which the Chief Minister flagged off 150 ambulances in one program in Lucknow. Under this project, every district of the state will have these ambulances and will prove highly beneficial for critical medical cases. Each ambulance will be fitted with medical technologies to deal with critical medical issues along with good medical team. The project funds were sanctioned by the central govt. for similar project names ALSA which was under the mandate of the previous Samajwadi Govt. But the previous scheme never got implemented. 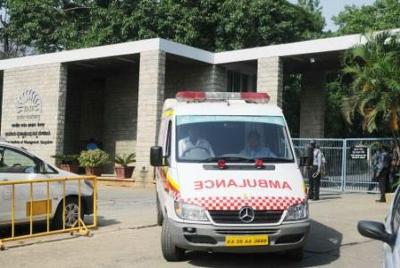 District Covered under the scheme

This ALS scheme launched by the Chief Minister of the state last week is a pan Uttar Praadesh scheme which will be implemented in the entire state.  People living in all districts of UP will get full benefit of this life support project. Uttar Pradesh is the highest populated state in the country and is the fourth largest state in terms of area. The northern state of India has a total of 75 districts. Yogi Adityanath’s newly launched ALS scheme is targeted to provide advance medical care to each and every district of the state. A total number of ambulances that has been sanctioned by far are 150 for the entire estate. Which suggests, every district of Uttar Pradesh will have two critical care ambulances on 24*7 duty. This is only the first phase of the scheme. In later stages, more such ambulances will be sanctioned to each and every district of the state.

Specially the scheme for (eligibility)

The ALS scheme in Uttar Pradesh is for providing advance medical facilities to patients with critical medical conditions. This emergency medical support under this project can be availed by anyone in the state who is facing critical health issues. The ambulance will be used to recover the patient from the spot and move to the nearest medical facility. Each such ambulance will have advanced life saving technologies equipped. This will be a free health care service which may be availed by any citizen of Uttar Pradesh in case of emergency.

All the facilities are covered under ALS

Under the ALS project launched recently by CM Yogi Adityanath in Uttar Pradesh, the people of the state will be highly beneficial with the medical facilities it will be providing. Below are some of the facilities which are covered under the ALS scheme in UP:

Motto behind the scheme

The ALS scheme in Uttar Pradesh has been launched under the only aim of providing better medical facilities to the critical patients of the state. Yogi Adityanath, after coming to power has launched several schemes for the poor as well as general citizen of the state. This ALS project launched last week promises to provide ICU like critical medical care to the patients who need emergency medical treatment. Under this scheme, 24*7 service without any charge will be provided to the citizens of all 75 districts of UP.

For implementation of the ALS scheme, the central govt. has sanctioned Rs. 12 crore. The estimated cost of each such super specialty ambulance will be around Rs. 5 – 6 lakh plus the cost of the medical facilities which will be installed inside. There will also be some operational cost which is estimated to be around Rs. 1 lakh per ambulance per month, will be evenly shared by the funds of central and the state govt.

Yogi Adityanath has launched this free of cost and 24*7 ambulance service for the state people which will help in providing life support during critical medical conditions. This scheme will be very beneficial for the critical patients who during transportation to hospitals did not received proper medical treatments and intensive care. People living in every district of UP will get benefit of this emergency medical facility.