The smartphone Yojana or program has been launched by N. Chandrababu, the chief minister of Andhra Pradesh, on Wednesday announced that every people who are belonging to the Below Poverty Line (BPL) would be provided with a smartphone. The phones will be given to the people between the ages of 18 to 35. So that these people can have the best utilization of these phones, and at the same time, people can easily have the internet access to the web banking and some essential things through the web. 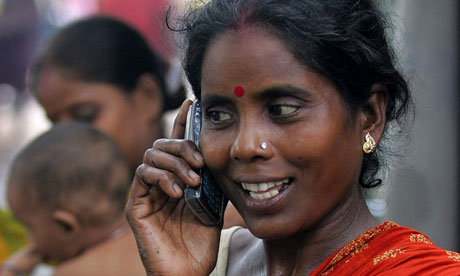 Recently the ban on the 1000 rupee notes and 500 rupee notes have made people come under a financial crisis. Then the use of 2000 rupees notes and new 500 Rupees are not easy to have the exchange as a significant number of people is coming up with such issues. So the implementation of the scheme will help the people to have the net banking access and have better utilization of the currencies. Such facilities will have the vast difference in inflow and outflow of currencies, and the bankers will handle that.

The recent political campaign in Punjab also announced about this particular scheme, and they said that if their party gets the charges to control the state of Punjab, then the people below the poverty lines will be provided with the free 4G smartphones with unlimited 3G internet data and free calls.

Though the scheme has not come into existence but still some benefits is expected. These advantages or the goals are listed in the points given below:

To have the program successful, the government has already ordered for the selection of the below poverty line families. The family will count based on the number of people who are having their age in between 18 to 35. The calculation will reflect the number of phones that will be necessary for fulfilling the plans.

The government has also said that the smartphones will of the local quality, and that is because the number of phones required will be around fifty to sixty lakhs and it is not possible to serve all the people with top branded phones. Therefore the government has decided to help the smartphones of Celkon, Micromax, Gionee, Karbon, and Xiaomi. Such step is a major indication for taking the nation to a state of development and one can call it as the developed nation.

Quick Glance into the scheme

Have a glance at the table to understand the details about the scheme and the dignitaries associated with it.