Many considers that the AAP govt. has won the last Delhi assembly elections and come to the power just because of their stand against the woos of the common Delhi citizens regarding water scarcity. The AAP govt. even before the elections stated that if it comes to power, it will look after the ongoing water problems in the city and the adjoining areas and provide free water facilities to every household of Delhi. So the Delhi Government under the leadership of AAP supremo, Shri Arvind Kejriwal has started the free water scheme in the country capital which aims to provide free water supply to each and every household and to bring radical changes in the lives of the common man. 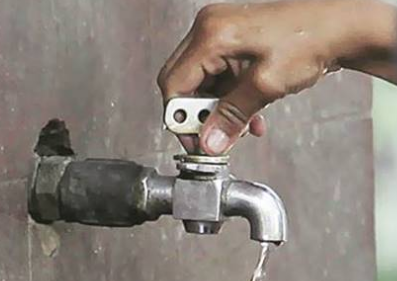 Delhi Jal Board (DJB) – the distributing authority of water in Delhi

After coming to power, one of the primary tasks of the AAP govt. was to revitalize the water distributing organization of Delhi, i.e. the Delhi Jal Board. It was formed in the year 1988 which is responsible not only in the water distribution systems in the country capital, but also in handling the waste water and its treatment.  The water body provides water to nearly 1.8 crore people in Delhi and its adjoining areas. This number is getting higher day by day. The AAP govt. after getting power announced that drinking and usable water will be provided to each and every household without any terms and conditions.

Free water for Delhi after 100 days to power

The AAP government, after completion of 100 days of governance made a very important announcement to provide a regulated but free water supply to the citizens of Delhi, which was welcomed by everyone. It decided to provide a free supply of 20 KL of free water to every household per month. The historical decision to provide free water supply to Delhi citizens was taken in the year 2015 and was implemented from 1st March, 2015. The scheme was mainly pitched for the domestic consumers only. An average family of four to five members can easily make livelihood with the sanctioned free water supply of 20 KL a month and they will not require to pay anything for water consumptions.

Who are the beneficiaries of the free water scheme in Delhi?

The Delhi government, while launching the free water scheme had clearly stated that only the domestic consumers of water will get benefits from the free water scheme by the govt. The commercial and industrial water consumers need to pay the applicable charges of water supply. For getting benefits under the project, the families or the domestic consumers of water which have water meters installed and in functional state will be given the benefit of free water supply of up to 20 KL per month. When a consumer exceeds the water consumption of the state limit i.e. 20KL a month, the govt. will charge as for the total water consumption of the month, as per the applicable tariff. The scheme was a huge success as several pockets of Delhi suffered from water supply problems on regular basis and many demanded faulty water meters.

How the billing of the Delhi Jal Board (DJB) works?

The DJB which is the water distribution as well as water metering authority in the country capital has a bimonthly billing system. This means, the consumers having water supply from DJB received a water bill according to the water meter installed in their homes after an interval of 2 months. The AAP Govt. has introduced the free water scheme from March 2015. In the following billing cycles, a large population of Delhi was billed zero for their water consumption. And the consumer count with zero billing of water started rising with more installment of new water meters by DJB and repairing of existing faulty water meters. In the first three months itself, more than 7 lakh beneficiaries or water consumers have been directly benefitted by the free water scheme and have received zero bill for their water consumptions. Apart from the water consumption charges, the DJB bill also includes the sewage maintenance charges, meter rent, etc. which is also been eliminated. So just by keeping the monthly consumption of water less than 20 KL, a family can have zeroed bill.

Delhi is a city which gets all its water supply from mainly external resources like the Ganga, Indus and Yamuna basins. Also there are some other added aquifers which provide water to the ever-growing city. At present the approximate population of Delhi is nearly 1.8 crore which is expected to rise up to 2.4 crore in the upcoming 5 years which means Delhi, which already is struggling for water related issues will have to regulate the illegal water consumptions in the city and push towards more water metering for the consumers of the added areas too. As per sources of DJB, around 14 lakh families do not have the piped water connections. They mainly depend on the lakes, ponds and tankers. Also the ground water level in Delhi varies from region to region. In the Southern parts of Delhi as well as in South-Western parts, there is a huge depletion of level of ground water, which is adding to the water scarcity problems. Also there has been an increase of salinity of water along with other toxic components, making it unfit for consumption in various parts.

The AAP govt. have clearly stated that the families residing in the co – operative housing societies will also receive the same benefits of free water on total monthly consumption of 20 KL. A huge amount of population is getting benefitted by this step. This is also increasing the no. of applications of new water meters and pipeline connections from these housing societies. Also there are several unauthorized colonies in and around the country capital where water is being provided by DJB. The govt. has decided to abolish all charges like water development charge, sewage development charge etc. from these families. Earlier, in the unauthorized colonies, the water development charge was Rs. 440/sqm. It has been brought down to Rs. 100/sqm. Also in the sector of sewage development charges, the govt. has reduced about 80 per cent of the sewage charges. Earlier, it was Rs. 494/sqm which was reduced to Rs. 100/sqm. In the upcoming months, the uncovered housing societies as well as unauthorized colonies will also be covered up with the free water scheme.

Apart from making water consumption free for all the consumers in and around Delhi, the state govt. is also taking necessary steps to increase the number of registered consumers of water. To stop the menace of unauthorized connections in the city, it has also lowered the charges of installing a new water connection which will include water pipelining and installation of water meter to track month water consumptions. Before the free water scheme in Delhi, a family or consumer had to shell out nearly Rs. 14,000 to get a new domestic water connection. Now, DJB only charges Rs. 3,310 for as new domestic water connection and water metering.  However, there has been no drastic reduction in the new commercial water connection charges. The reduction in the installation charges of new water connection and the free water scheme has resulted in steep rise of applications for new connections.

To make the free water scheme, a success, the AAP govt. has decided to take every possible action against the water mafias and illegal private tankers. The water mafia provides illegal water connections to the general public, causing huge losses to the DJB and the govt. The govt. wants a transparent system with only genuine water consumers from DJB so that it may make the free water scheme a success and bring Jal Swaraj in the state. Several private parties use tankers to illegally provide water, especially drinking water to the housing societies and charge irrationally.  Bulk meters are to be installed at important water pipeline junctions to keep the monitoring of water usage and check if there is any theft of water.

After the implementation of the free water scheme, the families, who did not belong to the NDMC area which is the municipal authority for the area of New Delhi, got eligibility to get free water of up to 20 KL per month. So recently, Kejriwal has also decided to include the NDMC area in the project and decided to provide free water of 20 KL per month per registered water consumer. The date of application of the project will be same i.e. 1st March, 2015. So the payments being made by the consumers of NDMC area after the date of implementation of the free water scheme will be refunded back to the beneficiaries, after examining the consumption amount. The consumers will get refund only if they have the monthly consumption of water less that 20 KL.

After the decision of including the areas of NDMC in the free water scheme by AAP government, the number of beneficiaries throughout the country capital has increased further. DJB offices are getting new applications every day for installment of water pipelines and water meters for domestic use. Applications from the unorganized housing societies are also pouring in from every area. The North West Delhi has seen around 35 per cent consumers being directly benefited by the free water scheme. This is followed by the North East and East Delhi which has got nearly 24.6 per cent consumers benefited with the scheme. The Central North sectors of Delhi are least benefited by the scheme with only 4.88 per cent population, covered under the free water scheme.

How to get the water meters installed for the free water scheme in Delhi?

Those who have still not installed the water meters and DJB water connections are being appealed by the state govt. to register them to get uninterrupted water supply to their homes, free of charge. To join the scheme and get the water connection installed, one should visit the revenue offices or ZROs of the DJB. After the application and documentation process is over, the beneficiaries are provided with water pipeline connectivity and are installed with water meters. Bimonthly bills are generated for each beneficiary. If the usage of water shows less than 20 kilo litre, the beneficiaries will be billed zero. However, if the consumption of water is more than 20 KL, then the billing will be done on the total consumption, not the exceeded consumption. The free water scheme is a lifetime scheme by the Delhi Govt.

Several added initiatives are being taken by Delhi Govt. in connection with the free water scheme to bring Jal Swaraj in the country capital. The main aim of the AAP govt. is to provide free as well as hygienic water to every household of Delhi. Several new UGRs are being installed for this purpose along with installation of new pumping stations. The booster pumps will efficiently supply water to the households of Delhi and its adjoining areas. Those areas which were not yet covered by the DJB pipelines are to be added in the network and the free water will be made mandatory for those consumers. AAP govt. is keeping no stones unturned to get water from Haryana through the Munak Canal. Also new water treatment plants are to be installed and the old treatment plants are to be revitalized. There are some water treatment plants which are not operational at present in Okhla, Dwarka and Bawana. They will be restored and will be made functional as soon as possible. This will benefit more than 13 lakh residents and DJB will be able to provide them free water.