During Budget session for 2018-19, Gobar Dhan Yojana was officially announced by the Finance Minister Arun Jaitley. The new scheme is expected to help in changing and improving the conditions of Rural areas within the country. Under the new scheme the government expects to help bring new developments within the villages. Apart from this the government also expects to implement Organic Manure funding yojana (Gobar). 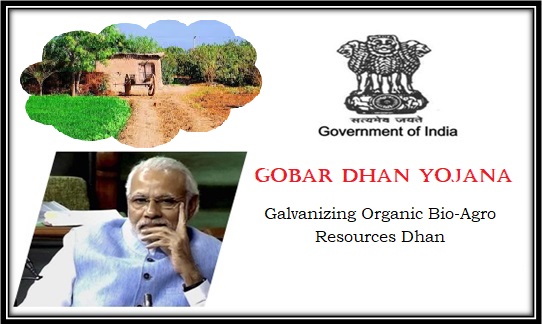 There are a number of benefits that the government aims by implementing the Gobar Dhan Yojana.

The central government has announced to launch the new Gobar Dhan Yojana for national implementation on 30th April 2018. As per the latest updates the new scheme will be covering entire country- Districts, Tehsils and Villages for educating people about the utilization of Cattle Dung for converting into more valuable fuel – Biogas and manure.

The new scheme for implementation nation wide will be launched by state CM Manohar Lal Khattar and Uma Bharati (Union Minister for Sanitation and Drinking Water). The new drive is expected to maintain clean village conditions along with producing clean bio fuel and bio manure. This move will help in saving electricity and environment.