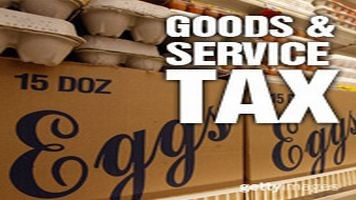 Existing Type of Taxes in India

There are two types of taxes and we will know about them below.

Percentage of GST in India

Currently an Indian citizen has to different types of taxes once they buy something. For instance, if an Indian citizen buys biscuit, they are obliged to pay Excise Duty, VAT and Customs duty on the purchased thing. Also an Indian citizen is obliged to pay Service Tax and VAT for the foods they buy at hotels. This problem of maintain several types of taxation will be solved by GST as it will imply a single tax on the supply of goods or services. GST will also provide a tax administration free of corruption. If GST is applied properly through the Indian country, everybody will be able to see a new era where the type of taxation is transparent to the people. GST will also solve the shortcomings of supply chain by applying a single tax on it.

The final consumer who buys a good or a service will have to bear the GST charge only according to the new system.

Expensive and Cheaper things under GST

GST will make manufacturing cheaper but it will also make services costly. Under GST, a lot of manufactured goods will be cheaper. But the price of services is expected to be increased under GST.

According to the current tax system in India, a consumer has to pay approximately 25-26% tax while buying manufactured goods due to Excise Duty and VAT. But with the GST system the rate of tax is expected to be 18% which will eventually make the goods cheaper.

Also, the current rate of service tax in India is 15% and it applies to all the services in India other than the vital services such as ambulance services, sports events and cultural activities. After the implementation of GST, the rate of tax through the whole nation is expected to be 18% which will eventually make the services more expensive. Currently an Indian citizen doesn’t have to pay much for staying at hotels or eating at restaurants but under GST they would be obliged pay more for these services.

The pundits have analyzed the effects of GST in India and they have provided a list of things which will be cheaper under GST. Below we will showcase the list.

The pundits have also made a list of the things which will be more expensive than their current rate under GST. Below we will showcase the list.

The rate of investment and insurance premium would be much higher than the existing rate under GST.

Due to levy of different charges by the State and Union Government individually, cascading of taxes is caused. GST will solve the problem of maintaining multiple tax-rates. GST will chiefly have three types of taxes.

Central and State GST will be applied to all the transactions made for buying goods or services. The services or the goods which are exempted from current taxation system will also be exempted from GST. Exempted goods which are outside the domain of GST and the exchanges which are beneath the recommended edge limits, both would be levied on the same cost unlike state VAT, which is levied on the value of the goods comprehensive of central excise.

GST council have desiced that alll the goods and services will not have a unified tax rates it will 0%, 5%, 12%, 18% and 28%. There will also be a cess of 15% on certain items in initial years. This cess has been introduced so that government does not have a fall in revenue. Rates of Services are still not declared.

GST Tax rates on these goods will be

Taxes which will be replaced by GST

Procedures after GST Bill is passed

The Effects of GST Bill on Modi Government

After the implementation of GST, many countries had to face severe problems and major inflationary problems. The problems were so severe that most of the governments who implemented GST lost their respective elections after implementing GST. Below we will know about some of the instances faced by several countries after they had implemented GST.

The Modi Government will also have to deal with the consequences of passing the GST Bill. The GST Bill was passed as a 122nd Amendment Bill in the RajyaSabha, and it enabled a single taxation system in India named Goods and Services Tax. The Modi Government must worry about it as this bill will be implemented from April 1, 2017 and the inflation created by GST takes at least two years to settle down. If the Modi government fails to handle the inflationary problems then they will be in deep trouble. If the problems are not sorted by the Modi Government, they will suffer in the 2019 LokSabha Elections and other Assembly Elections.

Overall, GST Bill or Goods and Services Tax is a blessing for India. It will help the consumers as it will decrease the burden from their shoulder of paying different layers of taxes. It will eventually decrease the price of the manufactured goods. GST will increase the costs of services but it is fine actually considering the benefits that GST will provide. GST is very simple and easy to use and to administer and thus it will solve many problems of India. Also, the cascading of taxes will be stopped by GST and different types of frauds will also be stopped under GST. If the Modi Government is active enough to solve the major inflationary problem caused by GST, GST will be appreciated by the common people of India. GST is expected to take off from the following year after the procedures are completed thoroughly for implementing GST.

To read GST bill in Hindi please follow this link.

E Way bill  will come into force from 1st Feb 2018 across India, a dedicated site ewaybill.nic.in has been made for registration process.