The Google Tax was brought in by the Finance Minister of India and it was announced to introduce India to a new kind of tax which is directly related to the e-commerce companies. It is a tax on the income and it will be accrued to a company outside of India. The companies will be e-commerce companies. Though it is called Google Tax worldwide, but in India it is called the ‘Equalization Levy’.

Update :- Now every Indian Google Adsense publisher will have to pay 6% of Equalization Levy tax to the government of India. 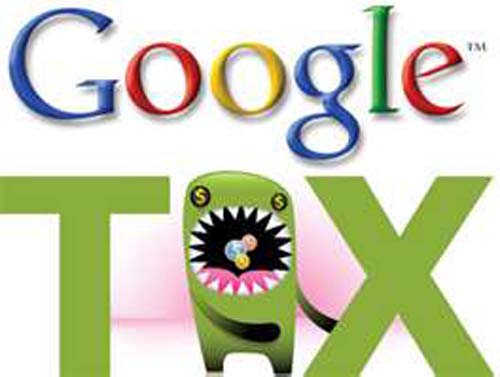 The Google Tax is highly anticipated to impact the E-commerce giants like Facebook or Google. The particular services covered by the tax include online advertising, provision for digital advertising space. The government can add any other service to the levy. The primary idea behind this project is to indirectly put a tax on the internet giants when they make money from the Indian advertisers. The government will impose a levy on the payments of the advertisers.

What is the Google Tax  (Meaning)

As per the Budget announcement in India, any individual or entity that makes a payment of more than Rs 1 Lakh in a single financial year to a foreign tech company will now be obliged to withhold 6% levy on the total amount. And this levy will be considered as the Google tax. This rule is also applicable for the non-permanent establishments in India. On the other hand, this tax will only be applied when the payment has been made to the foreign companies or non-permanent companies for availing B2B services from them. This tax only applies to the payments made to the technology companies.

Beginning of the Google Tax Project

The Google tax, which was earlier announced by the Finance Minister in the Budget, will come into effect from the 1st of June, 2016. Any individual or entity making payments which exceeds Rs 1 Lakh in a financial year will have to pay the Google tax from 1st June.

Who will the Google Tax Impact?

The Google tax will have an impact on the business owners. It will particularly have its impact on the people who are running small business or an online startup. If they use Facebook or Google for the advertisement of their business or their marketing promotions, they will be hugely affected by the Google Tax. They will have to change their business ideas and plans. The Google tax will oblige them to pay a certain amount of the payment to the government.

What is the percentage of the Google Tax?

The business owners who use e-commerce giants to advertise their products will be obliged to withhold 6% levy on the total amount of their payment made to foreign tech companies.

Here is a table to showcase the actual amount of money which will be paid to the government.

Is this apart from service tax?

Every person who is a permanent resident or a non-permanent resident living in India will have to pay a certain amount of tax to the government for advertising their business on foreign e-commerce companies. This rule is applicable to the non-permanent residents also as they will be compelled to pay the levy to the government if they do business with the foreign e-commerce companies. The payer must have to fill tax statements as well as paying the tax. They will be obliged to pay the tax and fill their statements properly.

Is this violating any international norm?

The Google tax is an impressive step taken by the Indian government. It is not violating any international norm. The terms and conditions of the Google Tax is very clear and careful about the fact that it is only entitled to the persons living in India whether or not they are living here permanently. The tax is not breaking any international norm but the involvement of Google remains mostly impossible. Earlier in USA, when the tax was introduced, Google told UK clearly that they would not be a part of the tax. So, it is more likely that Google won’t pay the tax in India, too.

There are two likely scenarios for the business owners of India. One of them is that they will have to pay more money along with the tax and the other one is that the foreign e-commerce companies will pay the tax for them. But the 1st situation is more likely to happen here and that means the business owners will suffer due to the Google tax. If the business owners need to pay Rs 500,000, they will have to pay Rs. 30, 000 to the government and Rs. 500, 000 to the foreign e-commerce companies which will make their total cost of payment Rs. 530,000 and it will certainly raise their expenses.

The business owners will be affected hugely by this new levy and they will have certain new problems. But as they were paying money to the foreign tech companies very easily without tech, it was inevitable that they pay a certain amount of the money to the government too.

Problems with the Google Tax

There is a lot of concern about the newly introduced Google Tax. Although it has attracted many a people within the country but most of the business owners are largely disappointed at this new project as it will compel them to pay more than that of their previous payment. But, unhappy or not, as per the Budget announcement in India, any individual or entity that makes a payment of more than Rs 1 Lakh in a single financial year to a foreign tech company will now be obliged to withhold 6% levy on the total amount.