The state Kerala from the Chera Dynasty is located in the southern part of the India, the name Kerala derived from the historical name Keralam. The important highlight of the state kerala is the high number of literacy rate, the number of educated people in the state is higher than any other state of India. And also the Kerala state has the lowest growth in the population, according to the survey it is stated that the Kerala state has only 3.44% in terms of population growth. 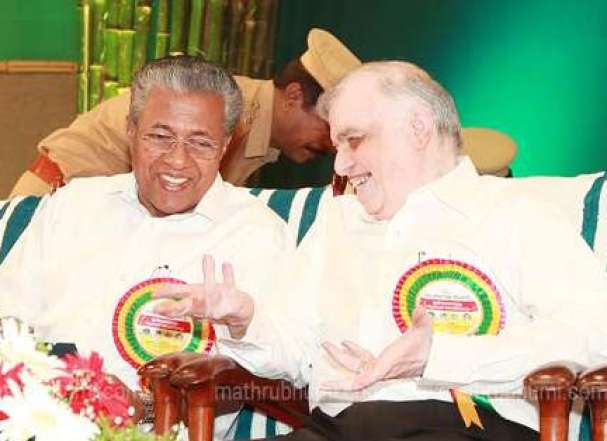 With state capital as Thiruvananthapuram, the state has 14 districts. The recently launched Haritha Keralam Mission is one of the strong initiatives taken by the state government of Kerala, to make the entire state clean in all basis essential things.  The scheme mainly focuses over the state’s water resources and the soil quality.

The Launch of the Haritha Keralam Mission

The most ambitious program Haritha Keralam was recently launched by the chief minister of the state Kerala Mr. Pinarayi Vijayan. In literal, the scheme Haritha keralam is one of the essential programs to be implemented in all the state governments of the India in order to retain the strength of their natural resources.

Aim of this Mission

The project Haritha Keralam is the massive one which was introduced by the chief minister of the state Kerala, under this project the wastage of the state is set to clear or removed completely and to ensure the natural recourses like water bodies not be polluted because of mixing the solid waste and water wastages in rivers and so.

Also, the mission of the project is to encourage the state people to involve in the agriculture activities. As the world moving towards the technology oriented people are getting distracted with the money offered by the modern job, however, without agriculture the survival of fitness of the entire human race would be its verge. On considering the importance of the cultivation, the mission is to create the proper awareness among the fellow state citizens.

Programs which are planned to conduct

Steps taken by the State Government of Kerala

As per the announcement came from the respective government authorities, in order make the Haritha Keralam Mission a successive project, several initiatives and plans are proposed by the authorities. In the initial stage, the Haritha Keralam program will be processed with the ‘Swap Shop’ methods. For this method, around 93 places have been picked across the state where the swap shop will be established. By using the Swap Shop, people are able to re-cycle their used and old products in eco-friendly manner.

The main feature of this Swap Shop process is, there won’t be any charges for people who using re-usable process carried by the state people, its completely free of cost.

In order to make this Haritha Keralam mission to reach all the people of the state, the state government of Kerala, has appointed the legend singer KJ Yesudas and also the popular Malayalam movie actresses Manju Warrier as the brand ambassadors for the Haritha Keralam Mission.

And the launch of the mission in district wise is well planned and inaugurated by the popular celebrities of the state in order to create the awareness and importance of the mission among the state people.