The Union Budget of FY 2017-2018 is one of the greatest events of calendar year 2017-2018. There are anticipations and there are expectations. There are suggestions and demands. All eyes are on finance minister Arun Jaitley, who is himself in a tight situation because this budget in going to be a historic budget. There are various factors that are all set to make the budget a historic and difficult one. Those factors include: Demonetization, Merger of Railway Budget with National Budget, GST implementation and more. On top of that, early budget means truncated economic data, which adds another level of pressure because less data will mean myopic view of economy’s proximate future.

Unfortunately for those who had been thinking that government will listen to all proposed changes and implement the same, things went in a different direction. Finance Minister Arun Jaitley has made the announcement and for taxpayers, it has been a serious disappointment. The following changes have been announced in Budget 2017-2018:

No other changes have been made in taxation under Budget 2017-2018. So, if you have been expecting something else, there isn’t anything else in store. 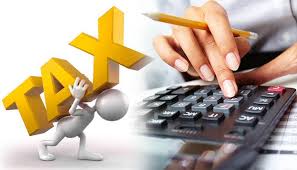 With all these factors, Arun Jaitley needs to deal with another problem – economic slowdown caused by demonetization of INR 500 and INR 1000 currency notes. This bold demonetization drive led to a condition where nation spending (consumer level) dropped significantly. As consumption dropped, so did demand and hence, the supply end of the tail started taking hit! Manufacturing industry took some hit. It was a ripple effect. Arun Jaitley needs to come up with some serious measures to boost economic growth.

There are several ways for doing the same:

There are many other options but, these are the most important ones.

One of the most highly anticipated moves is that of increasing the disposable income of the consumers. With higher disposable income, consumers will have more money to spend and hence, they will start demanding. This will push up the demand side of the scale. Economy strives for a balance or an equilibrium in demand and supply. If demand increases, there should be an increase in supply and this will boost the production industries.

There are three major ways of increasing disposable income:

It is the third option that has been suggested by the FICCI or Federation of Indian Chambers of Commerce and Industry. According to FICCI, India currently has the lowest income slab for highest tax rate in the world. This simply means that for 30% tax, the income slab in India is set to be INR 10 lakhs and above while for that tax rate, the rest of the world has an income slab of INR 20 lakhs and above. This needs immediate rectification.

FICCI also said that because of 15% surcharge on people having 1+ crore rupees’ income in a year, people tend to relocate and this dampens the scopes of entrepreneurship in India and hence, the tax structure in India needs a bit of change and that surcharge should be remove.