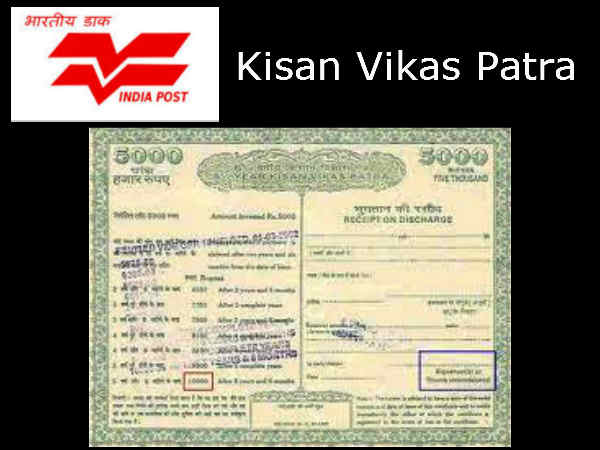 The Kisan Vikas Patra (usually abbreviated as KVP) was introduced back in 1988. The organization that introduced this investment scheme was India Post. One of the primary reasons for the introduction of this scheme was that small investors from semi-urban and rural areas, who didn’t have access to grand investment schemes usually available to urbanites, were often victimized by Ponzi schemes. Those Ponzi schemes made the plight of those already poor and deprived people even further. To counter such schemes and in order to provide a safe channel for investment, India Post came out with the KVP scheme.

The scheme continued until it came under the radar of the government. A special investigation committee formed by the Union Government found that Kisan Vikas Patra is too open for exploitation and it can lead to corruption and black money. The committed that was formed in 2011 stated that the scheme is a safe haven for conversion of black money into white and is being rampantly misused by the rich people of the country. So, the government decided to pull the scheme off market. Effective December 2011, the scheme ceased to exist.

The scheme saw a reintroduction when the current Union Finance Minister, Arun Jaitley announced, during Union Budget of 2016 that the scheme’s absence is hurting India as the mobilization of savings from small investors in India has completely stopped. It is true that money laundering is a massive problem with Kisan Vikas Patra and hence, the scheme will be reintroduced in market with amended rules and regulations. The new set of rules were targeted to curb the problem of money laundering using Kisan Vikas Patra and the reintroduction allowed mobilization of stale savings, thereby helping to boost Indian economy.

We will talk of the modifications made to the rules and regulations later in this article. Let us first take a look at the KVP as a whole and understand this investment scheme in great details. Please be patient as this article is going to be a lengthy narration of the tidbits of the scheme.

What Really is Kisan Vikas Patra?

It is an instrument for financial investment. The government is the guarantor of the fixed interest rate offered by the Kisan Vikas Patra. This made the investment scheme extremely safe. The only condition where KVP investors will lose money is when the government itself goes bankrupt and the whole economic system collapses. Such economic meltdowns don’t happen and the last time India was engulfed in such meltdown was back in 1929 to 1939. That event is referred to as the Great Depression and it was a worldwide phenomenon and India was only caught up in the turbulent airs. At that time, India didn’t even earn her independence from the oppressive British rule.

The Tidbits of Kisan Vikas Patra

Okay, now that we have some knowledge about what KVP really is and the reason for its introduction, withdrawal and reintroduction, let us take a quick look at the tidbits of Kisan Vikas Patra. If you are looking forward to investing in KVP, you should know about this details.

If you are looking forward to purchase KVP, you need to satisfy the eligibility conditions that have been set by the Union Government. These conditions are:

So, if you are an Indian adult and not HUF or NRI or if you are a Trust, you can purchase KVP as long as you are resident Indian.

How can we Purchase Procedure

Since, encashment of KVP will not be allowed with this identity slip, it is extremely important that the purchase form and the identity slip are both furnished with identical and accurate information.

Benefits You Should Be Aware Of

Investing in Kisan Vikas Patra comes with a host of benefits. Some of these benefits are totally unique to KVP and surpass the benefits provided by other investment formats in India. So, before you decide to invest, you should be aware of the benefits you can reap. Here are the benefits…

There are two types of transfers allowed under KVP scheme. These two types are:

There is a set of procedures to follow in order to accomplish such transfers and of course, there are some conditions that must be fulfilled. Let us take a look at each option individually.

This is possible. The owner may actually change city or residence or change the place of residence within the same city and the new residence place may fall under the jurisdiction of a different post office branch or bank branch. Under such a condition, it is very logical to have the KVP certificate transferred to the post office or bank which operates in the new area where the owner moves to reside. For this transfer to happen, the owner of the KVP certificate owner needs to provide a written consent to the post office or the bank from where he or she purchased the certificate in the first place. The bank or the post office will then do the necessary things to complete the transfer.

From owner to another person

For this, a written application has to be made to the post office or to the bank where the KVP account is located. The Postmaster or the bank manager will do the needful to complete the transfer process and give ownership of the certificate in question to the other person. However, such transfers are allowed only and only if certain conditions are fulfilled. Those conditions are:

Loan Against the Certificate

Just like PPF or Public Provident Fund, even KVP or Kisan Vikas Patra has a provision of loan. The owner of a KVP certificate will be allowed to take out a loan against the KVP account provided some conditions are fulfilled. Those conditions are mentioned below:

Two important things that you should know about loan against KVP certificate:

There are three different types of Kisan Vikas Patra. They are:

Joint A KVP: This is a type of KVP certificate where joint ownership is allowed. Here both the owners are to be adults and the certificate will bear both of their names as co-owners. The maturity amount will be handed over to both owners or to one of the surviving owners.

Joint B KVP: This is also a co-ownership certificate and the maturity benefits will be paid to either one of the two owners jointly or to one of the surviving owners (in case one of the co-owners dies).

With 7.8% applicable interest rate, the Kisan Vikas Patra actually doubles the investment amount at the end of maturity period, which is 8 years and 4 months. That’s a handsome return and really beneficial in case of large investments.

Kisan Vikas Patra is one of the least lucrative investment options available out there in the market. The reason for this is that there are no tax benefits available.

Irrespective of the amount you invest in KVP, you cannot claim any tax deductions under Income Tax Act’s Section 80C.

Similarly, if you are holding the view that the interests that will be given to you will be tax-free, you are wrong. 10% TDS will be applicable (Tax Deducted at Source).

The only good thing is that the investment amount doubles after the maturity period. But eventually, the amount handed over is not exactly double because of TDS deductions.

Should You Invest in Kisan Vikas Patra?

This is a very serious question. The only thing we can say here is that it is a matter of discretion. The investment option is very secured and offers guaranteed returns but there are shortcomings too! The interest rates offered by the scheme aren’t very attractive and on top of that, interest earnings will be subjected to tax. There are other options like PPF, NSC etc. which offer better returns and also offer tax benefits.

However, if you have exhausted all tax benefits allowed through investments in various other avenues and you still have some spare money which you will like to see growing, KVP is definitely worth giving a try. You will at least earn some extra money (despite giving taxes) and you will not have to live in the shadow of fear that your investments may be lost. There’s government security that you can always count on.