In the recent call of demonetization by the Modi Govt. in India, the use and acceptance of digital wallets are rising day by day. The Govt. of Maharashtra is also planning to launch its own digital wallet for the common people which will be named as Maha Wallet. This will be a state govt. sponsored initiative which will serve as a digital wallet for every people in the state. One can not only keep money in these Maha Wallet, but also one can easily make cashless transactions through it. Hon’ble PM, Shree Narendra Modi has appealed all the states to launch schemes and take necessary actions to support the cashless economy or less-cash economy and has urged to encourage the people to follow up different digital transaction systems. 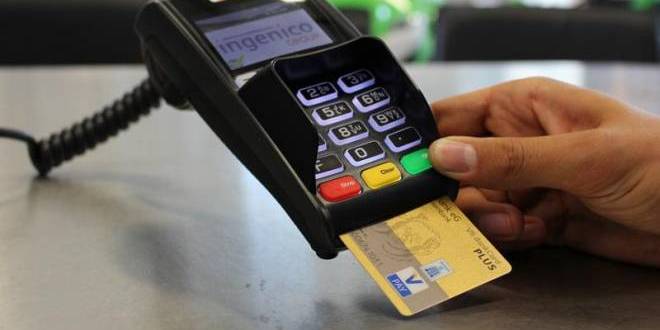 The Maha Wallet will be designed to cater the needs of every class of public, from rich traders to poor farmers. In the recent days of cash crunch, the digital wallets are mushrooming and are being used on daily basis more often. The state sponsored wallet application will surely be a welcome leap towards achieving the less-cash transaction systems and implementing them. The aim of the Maha Wallet is to keep the transactions very secure from any kind of frauds and risks. The wallet will have a very simple and usable interface which can be used by non-tech savvy people of Maharashtra also. This implementation by the state govt. of Maharashtra will not only be a big fight towards social evils such as corruption and black money, but also will support and encourage cashless transactions among people.

Governing and implementing authority of the Maha Wallet

The governing authority of the Maha Wallet app in Maharashtra will be the Finance Ministry of the state. The Finance Minister of the state, Shree Sudhir Mungantiwar has informed that the background development has already been started, regarding the said wallet application. The Ministry of IT will be submitting a technical report within two weeks to the Finance Ministry regarding the development and implementation of the Maha Wallet. The Final application will be reviewed to the Chief Minister of the state, Shree Devendra Fernandis who will pass necessary his final views on the project and then launch the wallet application. This project will also be getting fully encouragement and support from the centre as the CM himself is one of the committee members who are appointed to do the job of promoting cashless transactions among common masses.

Beneficiaries of the Maha Wallet

The state govt. in its recent announcement has clearly mentioned that the Maha Wallet can be used by anyone. It may be the tech-savvy youngsters, senior citizens, rural farmers, daily laborers. The main motto is to keep the application very simple and efficient. Those people, mainly small scale vendors or farmers who have dependency on cash transactions will be encouraged to use the Maha Wallet more for their basic transactions. There is approximately 11.9 crore state people in Maharashtra where the Maha Wallet will be implemented so that they can easily keep their money and make digital transactions, without the use of physical cash.

Having track of the financial status of the state people

Another motto of the Maharashtra Govt. will be served by the implementation of the Maha Wallet. The state govt. wants clear data of population which have operational bank accounts. In addition to this, it will also be clear, what amount of population are into the internet banking or suing credit/debit cards. This will be very necessary to cater all financial and banking needs of general public of the state.

Advantages of the Maha Wallet

Following are some points which are the advantages and benefits of the Maha Wallet application which is going to be implemented very soon in Maharashtra:

Other similar digital wallets at present

The concept of digital wallet in India was first widespread in India by the PayTM. Several other companies like Mpesa, Mobikwik, Freecharge, etc. have developed since then. However, the use of these digital wallets was done mainly by the tech savvy population in the urban areas and youngsters. After the demonetization news, the business of these digital wallets has increased exponentially. More and more people all across India are getting involved in these digital wallets and opting for cashless transactions. The Andhra Pradesh Govt. ahs also launched its separate wallet application named AP Purse application which can be used through mobile phones. This is a univerdsal interface to make digital and cashless transactions with the presence of 13 mobile banking options and 10 wallet applications.

Expectations from the Maha Wallet

The Maha Wallet application is expected to be launched before the start of the year 2017. Maharashtra will be the second state in the country, after Andhra Pradesh which will have its own digital wallet for its state people. The wallet is expected to be available for all mobile phones and will also have its desktop version.