The Odisha government launched the Mahaprayan Yojana a few week backs which is aimed at providing vehicles that would carry dead bodies from the hospital to the house of the deceased at free of cost. The scheme was launched by the Chief Minister of Odisha, Naveen Patnaik. 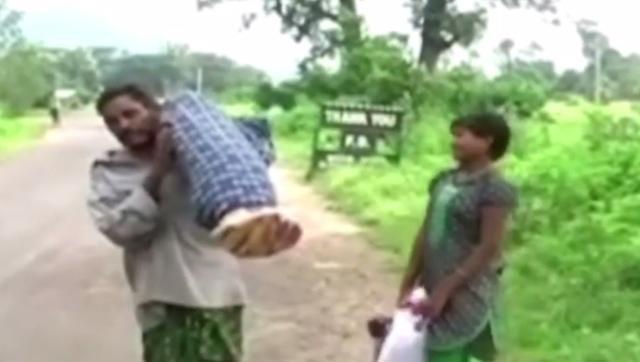 The incident that paved way for the launch of this scheme

Even though the scheme was announced in the month of February, it was not launched until an incident took place. Now this led to the government of Odisha to take the decision about launching the Mahaprayan Yojana. So few days back it was reported that a man from Kalahandi had to carry the dead body of his wife on his shoulders and walk around 10 kilometers to his house because the hospital had refused to give any ambulance or vehicle for carrying the body. The incident took place at Bhawani patna district headquarters hospital where the woman was being treated for tuberculosis. This incident was got quite some media attention after which the government of Odisha launched the Mahaprayan Yojana.

Details about the scheme

The department has made a request to the District collectors to collect all the Dead Body Carriers and brand it as CMRF and make it available for the people under this scheme. According to the scheme around 40 carrier vehicles are to be collected for 30 of the district headquarter hospitals.

This scheme was launched by the chief minister at Bajapur along with several other scheme. It was also said that seeing the success of the Harish chandra Yojana, this scheme has been launched. The Harish chandra scheme is a yojana that provide financial support to the people for cremation purpose.

Apart from this scheme the Chief Minister also announced the launch 100 bridges under the Biju Setu Yojana and also said that 3 lakh beneficiaries would be included to the Madhu Bahu Pension Yojana.

But with the launch of this scheme a lot of criticism has also aroused.  The opposition party has blamed the Chief Minister for launching this scheme keeping in mind that the panchayat polls are about to be conducted in February.

Criticism over this scheme:

Entire nations shocked on witness the devastating event that happened earlier this year in Odisha, the chief minister was blamed severely by several state and central political leaders. Chief Minister of Odisha Mr. Naveen Patnaik recently launched “Mahaprayan Scheme” to assist the family members to transport the deceased person to their native from hospital without charging any amount, however, experts believes that the new scheme is nothing but the revised version of Harishchandra Yojana, which is considered as not an successive scheme by many. The Chief Minister, Mr. Patnaik himself adjudged that the new scheme Mahaprayan would be amended with the existing Harishchandra Yojana.

With the mixed response from the society, majority of the poor people from the state believes as this scheme would benefit them.