It seems like the “ache din” have finally arrived! After the long wait, the Aadhar based payments system was finally launched in the country today. Today is also a day of grave importance because the deadline to submit the final 1000 and 500 rupee notes have ended today. It is not a coincidence that after conducting several Digi Dhan Melas the government has finally decided to launch this app on this day. 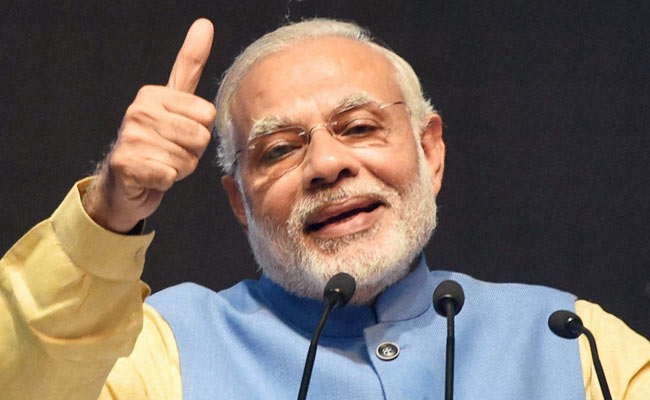 Since there has been a shortage of cash, the government has been pushing cashless transactions in the form of UPI payments. Finally the Bharat Interface for Money or BHIM has come into the market.

Here’s all you need to know about it

How does it work?

Modi dedicated this new app to B.R. Ambedkar saying that he was a great man and his contribution towards the upliftment of the condition of the poor was huge. Also, talking about the finger print scanner Modi has said that earlier people used to be ridiculed as “angootha chhap” now the same angootha or thumb will be used for making all transactions.

As the name suggests, end users or consumers need to refer the app to other users who are not yet using this app. Both the existing users and the new users qualify for this scheme. Anyone who successfully refers the app to someone else will get the bonus directly into his or her bank account. The amount that will be credited into a referrer’s bank account is INR 10 for each successful reference.

For every transaction that a merchant makes using this BHIM UPI app, the merchant will be entitled for a cashback amount. This is all about the Cashback scheme. The exact amount that will be credited to the bank account of the merchant will be a maximum of INR 300 a month. This translates into INR 10 per day however, a merchant can get involved in several transactions in a day and hence, reach the maximum monthly cashback amount.

cashback incentive for merchants extended till march 2018. Maximum cashback per month per merchant is rs 1000.

As per the latest details, the new app was officially designed by NPC (National Payments Corporation) of India. The new app is more focused on creating an online interface for performing transactions. The latest announcements made by the NITI Aayog CEO- Amitabh Kant states that the Bollywood actor Sushant Singh Rajput will be acting as the brand ambassador for promoting the new mobile app. He will also be working on developing methods to make the app more popular amongst common man.