What Does the Nava Kerala Mission Entail

What Does the Nava Kerala Mission Entail

The Nava Kerala mission has just been launched in the state of Kerala. This is a large initiative that will help with improving upon the lives of people around the state. It is especially to help those who are less fortunate. This is to help improve upon the state of Kerala and to become a stronger part of the nation of India. 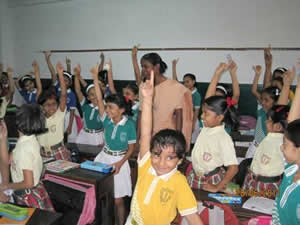 There are four particular sectors that are being targeted by the Nava Kerala mission:

The four specific missions that are being highlighted in the Nava Kerala program are critical to the development of the state. Let’s take a closer look at all four of them and how they relate to these four sectors being targeted.

The first mission is the Haritha Keralam program. This is designed with the goal of sanitation in mind. In this, new schemes are to be designed:

The sanitation plans will help with keeping the health of people in the state under control. This will especially work wonders for the economy as farming will be safer and easier to handle.

Ardram is a health-oriented mission in Nava Kerala. The developments in this mission include the following:

The additional support for hospitals in Kerala will especially work well for low-income families. This comes as many people in the state are currently unable to afford many medical services that are necessary for improving upon their lives and for protecting them in many ways.

The Life Scheme is a part of Nava Kerala that focuses on building homes for homeless people. This includes the more than 4 lakh families around the state that do not have any houses or adequate amounts of land.

It is unclear as to how much it will cost to get this part of Nava Kerala to work. At least Rs. 6,000 crore might have to be spent to get the scheme running. The production of new homes and the reservation of land spaces for those homes will be a costly endeavor but will be a necessity for families looking to have more positive lives in Kerala.

The fourth and final part entails the extensive education scheme in Nava Kerala. Although Kerala has been heralded as one of the more educated states in India, there are still concerns over how some people in the state do not have appropriate access to education.

There are some chances that additional developments might occur within the scheme. These new developments would entail the construction of additional hospitals or schools or the addition of taxes and other expenses to pay for the scheme. Information on what will happen is unclear so residents in Kerala will have to stay tuned to learn more about what might happen.

The Nava Kerala mission will help people in the state with having healthier and more positive lives. The mission will assist the state in becoming a cleaner, more educated and welcoming state where people can be guaranteed shelter.