In this digital era, everything can be availed right under the palm of hands with the aid of smart phones. Well most of us having the habit of owning a wallet with them, as a minimum requirement a wallet in modern men’s hand have 4-5 debit cards along with credit cards, some important receipts, chances of having valid identity/photo proofs and finally some cash. In collective the wallet would appear bulky in size, which might cause some itchy feeling while keeping that in pant pockets. 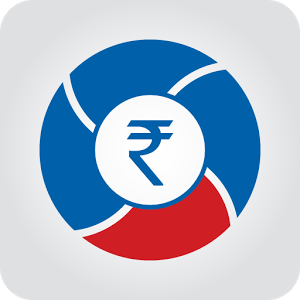 With the advanced technologies the introduction of mobile wallets reduces the burden of many on carrying the bulky wallets wherever they go. The mobile wallets are the one which helps customers to go cashless and able to perform digital transactions at anytime. Though, these mobile wallets are available in the market for around a decade, the awareness among several people in India came right after the impact of demonetization.

When it comes to digitalization, safety protocol must be given in high priority since the intruders and hackers can easily stole money from the applications. Just being a digital numbers, it’s pretty easy for the online thieves to grab the money of the online wallet users. On accounting that factor, most of the money wallet service provider’s user’s encrypted software which can’t be hacked easily.

Mostly the mobile wallet comes with 128 encryption mode which can’t be hacked easily and also they payment solution providers offer tokenization process for performing the transactions with more secured manner.

In today’s market one can find lots of mobile wallet application for all mobile OS platform, online reviews would be the best way to predict and to sort out the best one. Though, they might posses unique features still the easy handling and best user interface scenarios would helps a lot on judging them. On considering the amount of features and positive reviews over the mobile wallet ‘Oxigen Wallet’ grabs most of us attention.

With more than a decade in the market, the e-wallet developer Oxigen Services India Pvt Ltd enjoys the positive of being top when compared with all other payment solution providers in India. Ever since, they established their e-payment solution in India right from the year 2004, they are offering the convenience of payment solution at ease. With the launch of the Oxigen Wallet they brings their e-wallet service easily accessible in both mobiles and as well as in the desktops.

With the capital investment of Rs. 4 Crore the company Oxigen services was established in the year 2004, in returns the company yield more than 900 Crore in the same financial year itself. During the initial days the Oxigen services join hands with the US based partners Citi Venture Capital and Microsoft.