Power for all scheme in UP by Yogi

UP CM Yogi Adityanath is expected to launch the Power for all scheme in the state. The decision was announced on 14th April by the CM on behalf of the Union Power Ministry. Besides, UP is one of the states in the country that has not yet signed any such agreement with the central government. The scheme was signed between the centre and the Uttar Pradesh government in the form of a memorandum. 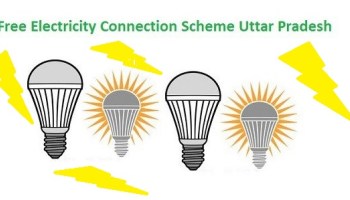 What Power for all Agreement

Power for all scheme is an effort made by State and central governments with an aim to offer people with uninterrupted 24 X 7 power supply. Under this scheme most house holds, public and private sector industries and offices and other offices shall receive 24 X 7 supply of power.

Aim of the Power for All

Main features in Power for All

Spent money in the Project by the Government

The decision for the launch of the scheme was taken by the State government and the union power ministry in a meeting held on 14th April 2017. The government has also made its statement that the implementation in the rural areas will be done by October 2018. Further it is added that the scheme will be implemented for agricultural fields by 2019 under the set budget.

State who already assigned the agreement with central

Under the scheme the state government has announced that it will provide electrical plants in various rural areas and Districts in the state. Apart from this it will also establish solar plants for generating electricity for rural areas. This will ensure the government that people in these areas will receive cheap electricity 24 hours a day. Other states in the country are already a part of this scheme and receiving better quality power supply.

With the aim to offer better services to the consumers the government has also announced the launch of toll free number 1912 that can be reached by the consumers 24 X 7. The number is available for consumers across the state to register their complaints.

It is certain that with the launch of the scheme in the state the government can ensure that people can get the benefit of using efficient power supply. The government has also announced that it will be providing with cheap and affordable LED bulbs via government outlets. The centre shall also be providing with 10,000 solar powered panels to generate additional electricity for the state.

By implementing this scheme in Uttar Pradesh the Modi lead government has made it very clear that it aims to enhance the concept of providing better power for residential and agricultural sectors in the state.