The important facts to know about Pradhan Mantri Rozgar Yojana

It cannot be denied that there are a lot of beneficial schemes and interests, which have been implemented by the Central government for helping the unemployed or self-employed individuals of our country. And “Pradhan Mantri Rozgar Yojana” is one of the most important schemes among them. Before we delve deep into the discussion of facts within the schemes taken up by the government, it needs to be mentioned that that this scheme was primarily created for granting the self employment to unemployed youths of our country. 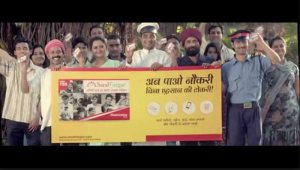 The purpose PMRY is for providing occupation to more than a million unemployed youths who are cultured and knowledgeable. Basically this scheme offers loans for the youngsters at lower interests to establish their own business or self employment.

Start up for the youths

Considering this initiative taken up by the government, it will be helpful for a huge number of unemployed individuals who are willing to start up their own business, but face difficulties due to lack of funds or startup capital. The primary feature of this scheme is to help the youths of rural and also the urban areas to offer them with the opportunity to create their own living with lower rate of interest from banks and also the easy installments. These easy installments shall take off the extreme pressure of repaying the bank loans taken during the initialization of business.

Unemployment will be reduced

With the gradual increase of unemployment, this scheme is definitely going to resist the rate of unemployment in our nation. It is a fact that a lot of families in our country are not able to continue earning their living even after being qualified with certain degrees and academic certifications. The youths are forced to either look for jobs or start up some business to earn the living for their families. The PMRY is targeted towards the age group of individuals between 18-35 whose overall family income is Rs 24000 and who have attained the minimum educational qualification of 10th pass.

Helpful for both uneducated and educated

Another important factor of this scheme is this is going to help the individuals in both the government and non government sectors. A lot of people in our country are willing to start their own business due to the lack of availability of jobs or services. At the same time due to intense competition in both the government and nongovernmental sections different people want to start up their own business for their living. In such circumstances, this scheme has been very much effective for these people. The scheme is not only for the uneducated youths but also for the uneducated and inexperienced youths who are interested in starting up a business to make a proper living. In any filed or expertise, this program offers a financial startup for the Indian citizens.

One of the important factors that needs to be mentioned is, the person willing to take up the loan for PMRY, must be a resident of that region for a minimum of 3 years. And for the documentation of this residency, a ration card shall be sufficient. Any other additional document shall also be valid for attaining the loan from PMRY. The scheme officially started in the year 1993 through seven lakh micro ventures. The proposal also seeks to link up the nongovernmental organizations for executing the PMRY scheme specifically in the planning the overall services, guidance for entrepreneurs, and also creating the report. The Central Government has also considered the condition of scheduled castes, scheduled tribes, OBC and certain reservation limitations have been offered to them as well.

This is one of the most important steps in helping the Indian economy to develop. Helping the small entrepreneurs might make slow improvements in the economic conditions, but if the gradual process is continued for a long period of time, it hall definitely prove to be effective. Helping the people to start up their own business is also going to increase the number of employed individuals in our country. It has been reported that the large business enterprises employ around 1 crore 25 lakh individuals while the small business companies recruit 12 crore individuals. It is essential to focus on small business which in turn shall create a stable economic condition in our nation.

To maintain an economic balance in a country is really important for a nation to make progress. This scheme is going to provide chances to those individuals who are do not have any kind of financial support. This scheme is about creating the right balance within a nation and enhance the economic stability. With a little help a small business can have the potential to grow manifold. It cannot be denied that the biggest asset of a poor is integrity and by offering a path to their integrity through the loans and capital amounts, it can definitely become a success.