Prime Minister Narendra Modi is going to announce a scheme which shall provide 24/7 electricity very soon. This scheme is going to launch on 25th of September all over the country to commemorate the birthday of Pandit Deendayal Upadhyay. 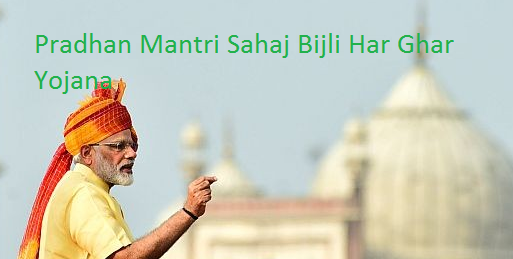 Launched and Start Date Of the Scheme

Saubhagya Yojana  will launch across all villages by the end of this year – around December. The villages and especially the rural areas of the country will receive this benefit. It is expected that all the villages will get equal benefits by this scheme by the end of the year.

However, any more details of the scheme have not been released yet. But we can expect that the scheme shall take effect at a very fast rate because it is going to be announced by the end of the month and its implementation shall be seen within 3-4 months itself.

Implementation of the Scheme

Subsidy to be provided under the scheme:

According to the government officials, the scheme will most probably be called Pradhan Mantri Sahaj Bijli Har Ghar Yojana and it will also provide subsidies to the poor and the villagers. They will get subsidies to buy equipments like meters, transformers and wires.

There will also be a scheme which shall be listed on the agenda of the cabinet meeting. The government is now gearing up for the 2019 elections and in its midst it is working hard to provide electricity to the villages.

Benefits Of the Scheme :

Uttar Pradesh Power Corporation Ltd.  (UPPCL) is all set to fix 1 Crore electricity meters in UP under Saubhagya Scheme in order to accommodate electricity connection to every household under “Pradhan Mantri Sahaj Bijli Har Ghar Yojana” to warrant ‘power for all’ with an aim to reduce risk of power swindling and minimize the line deficits. Total budget/expenditure= Rs 1375 crores. UPPCL will also serve the facility of recharging of pre-paid meters in advance with a minimal amount of Rs 50.To avail this service people will need Aadhar card, Voter id etc. for identity proof. The manual element of meter reading, billing, bill reconstruction will also be annihilated which will aid in reducing corruption from state.