Well, now that India has made a secured placed for the Silver medal in the Rio Olympics 2016, let us take a moment to make the name proud that helped India reach to a new level this year. PV Sindhu it is! The Indian shuttler made her way into the Rio Olympics finals this year with a record victory, even better than Saina Nehwal in the 2012 Olympics. Now she is going to meet Carolina Marin in the finals for the gold. Yes, as fellow Indians, we are really proud of this young badminton player and in this article we are going to bring you some more about this young talent of Indian. Have a look! 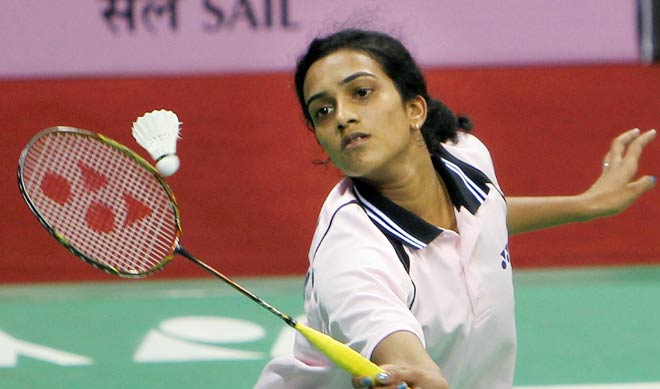 PV Sindhu was born in a sports family and both her father and mother were sports personalities. Both of them were former Volleyball players. But, it was the game of Badminton that got PV Sindhu’s interest. She took up sports at a very early age and wanted to pursue it professionally. Her love for badminton came from Pullela Gopichand and she started taking badminton coaching from the age of 8.

Soon after she joined badminton coaching, she also joined Gopichand’s international badminton coaching academy at Hyderabad. She used to travel 56 Kilometer daily for reaching her training academy. But despite such long distance it was never heard a single day that Sindhu was late in her trainings. And this is definitely a reflection of her willingness to take the sports with so much dedication and commitment. After she joined the academy, she collected a lot of accolades, in national circuit a very early age. Within the under 19 category, she attained the 5th position ion Servo All India ranking Championship. And she also won the singles title in the Ambuja Cement All India ranking. After this she won the gold medal at the 51st national School games.

Speaking of international recognition, this time too she made her mark at a very early stage. The whole London was stunned by her performance as she beat the Olympics gold medalist winner Li Xuerui in 2012. Though she went on to the semifinals, but she could not succeed eventually. But that was not at all the end for her.

In 2013, she won her maiden Grand Prix Gold as she defeated Juan GU of Singapore in the finals of the Malaysian Open. In the same year she also defeated the defending champion known as Wang Yihan and became the first Indian winner of the Women’s singles at the Women’s Championships. Next in the year 2014, she went to the semi finals of the Common Wealth games in the Women’s Singles Category. And the same year she also reached the semi finals of the World Cup in Denmark. During the World Cup of Denmark, she defeated 2nd ranking Shixian Wang in the three grueling sets.

In the year 2015, the 20 year old badminton player defeated the World’s number two, the All England Champion. It was stated that, this time PV Sindhu beat arguably one of the toughest players of Women’s Singles in an international circuit. She was Carolina Martin. But sadly for Sindhu, she ultimately went down in the finals with Li Xuerui.

In the same year, the two times defending champion PV Sindhu attained her third successive victory in Women’s Singles at the Macau Open grand prix and defeated Japan’s Minatsu Mitani in the Finals. This 20 year old badminton world champion was also bought by the Chennai based Franchise by $94000 in the team of Chennai Smashers that took place recently in the Badminton premier League. And with this bid, she became the third most expensive player who was bought for the premier badminton league. She was just behind India’s Saina Nehwal and Malaysia’s Lee Wong in the bid. At present this young badminton player is representing India at the highest level and has also attained the highest career rankings. She was honored with the Padmasree award in the year 2015, the third highest award given by the Indian government.