Many anticipation came in before the announcement of the budget. However, to everyone’s surprise, the Finance Minister gave a completely different budget for the railways, which was not expected by anyone. The only two things that were included from the anticipations were creation of a safety funds for railways and announcement of a new policy for the metro railways. 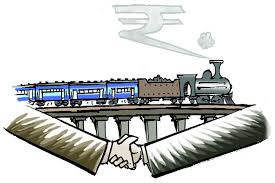 Here are the highlights of the rail budget, which has now become a part of the general Union Budget:

In case you didn’t know, government has been working on upgrading safety options for trains which run on Delhi-Mumbai and Delhi-Howrah routes at a speed of 200 kilometers per hour. Apart from that, because of a series of derailment in the recent times, the government has also decided to create a safety fund amounting to INR 1 lakh crores, of which, INR 20,000 will be injected in FY 2017-2018. The entire pool will be created in next 5 years.