India is a country that is widely divided into different castes and tribes. Majority of the Country population belongs to the people from Back Ward caste like Schedule Caste (SC) and Schedule Tribes (ST). People belonging to these categories of Caste like ST and SC or BC are generally considered as Dalit groups. With an aim to please people belonging to these categories of the society, the Central government has announced to launch the new initiative termed as RGSA (Rashtriya Gram Swaraj Abhiyan). 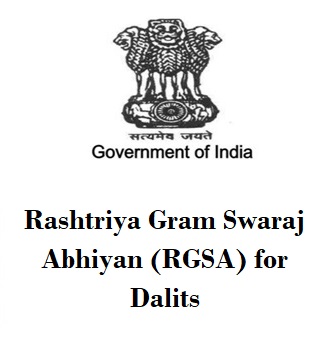 As per the latest updates, the central government aims at launching the new drive nation wide in all districts and states. Under this new initiative the directives have been given to the ministers of the states to spend a night with people belonging to these castes of the societies within their regions.

For effective implementation of the new Abhiyan, the central government has directed for implementation of the drive nation wide starting from 14th April till 5th May . During this time period the Ministers of the nation will have to spend their time amongst the Dalit groups (ST/SC) categories. http://www.panchayat.gov.in/documents/10198/1184152/RGSYGuidlineEnglish.pdf

The central government has announced the implementation of the Abhiyan with an aim to help boost the ideal of Good governance within the country. The new drive is expected to help deprived people get connected to the government and all initiatives. This move will keep them informed about the various schemes that have been launched related to free LPG connections, electricity, affordable homes, insurance and health benefits. The door to door campaign will be run by the government with an aim to offer benefit to each and every individual of the society.