Real Estate Regulatory Bill: Major Changes, Benefits and All That You Should Know

It’s not hidden from anyone that Indian real estate market is a maze that can baffle anyone. Almost every Indian who doesn’t own a house knows this. Buyers are almost always on the mercy of private real estate builders. Those builders, as you may know already, put their interests first and their customers’ interests nowhere. There’s no shortage of cases where builders imposed extra charges or unnecessary documentation requirements on property registrants. In some worst cases, they also flew away with the money of registrants. It’s just not an easy task to buy property in India.

Fortunately, a ray of hope has been shown by the Central government. Real Estate Bill of 2016 aims to standardize the process of registering a property across the country and put some harmony between the interests of builders and customers both.  In this article we’ll try to take a detailed look at this ambitious bill recently presented by the government. 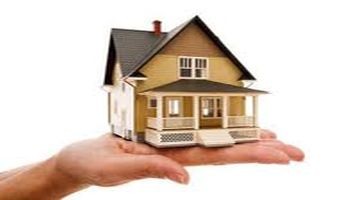 What Real Estate Bill Is All About?

A home is one of the most basic requirements for one to survive and thrive in this world. It’s not hidden from anyone, including those wealthy real estate builders. And unfortunately, they leave no chance to take advantage of this basic requirement.

Some people also see property as a means of investment, but the problem with this investment method is that it’s not regulated. While other financial products like stocks, mutual funds, FDs and insurance etc. are regulated directly by at least one regulatory body, real estate industry is not! Those who were conned by some maliciously intended real estate builder years ago are still waiting for justice.

Looking at these problems, Law and Justice Ministry had suggested a centralized law to regulate the real estate industry in 2011. That law, dubbed Real Estate Regulatory Bill, has been approved by both houses (Lok Sabha and Rajya Sabha) last month. It aims to regulate the business and promotional activities of real estate builders and bring some clarity in their operations. The primary aim of bill is to secure the interests of buyers, but it doesn’t completely put aside the interests of builders as well, which has made it acceptable to both. It’s applicable to the properties of whole country,  except for the properties of Jammu and Kashmir.

Let’s take a brief look at events that led to the passing of this historic bill:

As you may know already, this bill is being called the biggest ever reform to the real estate industry. Let’s see the changes that it’ll bring at a glance:

#4. Regulation on usage of funds

The builders will have to park at least 70% of money collected by registrants of any particular project in a separate account to finance the development of that project. This will ensure that money that you pay to the builders for your home is used only for the development of project in which your home will be based. The builders will no longer be able to use money collected from customers anywhere they wish. However, there’s a catch with this rule: State governments will be able to change the cap of funds from 70% to whatever they wish. Let’s hope that this power isn’t abused by them.

#6. Payment on the basis of Carpet Area

It’s well-known that societies we live in are almost always built around particular religions, castes, income groups or other identifiers of social status. Often minorities like SCs, STs, Muslims etc. face unnecessary hurdles in finding a house only because societies don’t allow their stay. Bachelors and single mothers also suffer from the same experience.

Real Estate Regulatory Bill prohibits such discrimination and aims to provide a non-discriminatory environment to all buyers. It mandates that no person can be denied a property on the basis of caste, creed, religion, relationship status or gender. It has got provisions for strict legal actions against societies that break this rule.

So that was an introduction to major changes that this bill will bring to the process of purchasing properties. Now let’s have a look at how these changes will benefit customers:

While majority of benefits in the bill are aimed at customers, the government has not entirely forgotten the interests of developers too. Given below are major benefits that builders will receive from the bill:

Collectively these factors will give a boost to the earnings of real estate builders. And while selling your property on the basis of carpet area may seem to be a disappointment at first, you can actually deal with it easily by increasing the per sq. ft. rate. After all, when you’ll provide more transparent and better services, why can’t you increase the rates of property? Majority of builders will actually do this and you’ll see the market rates going up.

Will Builders Comply With It?

As of now they don’t have any other options rather than complying with it. The bill has got strict punishments and penalties for violation of its rules, which extend as far as cancellation and demolition of project. Therefore, violating the rules is not an easy choice.

However, builders may get certain provisions of the bill tweaked according to their requirements from their respective state governments. There’re many provisions in the bill that’re causing some apprehension among builders. For example:

Provisions like the ones given above may be changed slightly before or after the implementation of bill to meet the requirements of builders. What developers want is single window clearance for all the permissions that they need to start the development of any project. Maharashtra government is already working in this direction, after which realtors won’t have to shunt 50 different offices to get 50 – 70 different permissions for their projects. They’ll be able to do all of that via an online portal in one go. Builders of other states also want something similar. Had it been introduced as a part of this bill, it would have led to a much stronger revival of real estate sector. But still, it’s much better than the current scene.

To a large extent everything in the bill is just fine, and developers don’t really have any major reason to oppose it. It has closed all loopholes that were previously exploited by the builders, so there’s no other choice than complying with rules of the bill.

When Will This Bill be Implemented?

While it has been passed by both houses it’s still at least 9 – 24 months away from being implemented. Moreover, since its implementation will be done by the states, the implementation period may vary on a state-by-state basis. But once it’s implemented, it’ll wipe out a large number of scammers from the market and only genuine folks will be able to survive. It’s a ray of hope for everyone – buyers who’ve repeatedly been exploited by fraudulent developers, and genuine developers who have been suffering because of the sins of other scammers. It’ll make the real estate market mature, transparent and trustworthy for everyone.

In a nutshell, the real estate bill will provide following benefits to buyers and builders:

If there’re six benefits to consumers, three major ones are to buyers as well. After all, by the end of day every business exists to make more money, which is what this bill will bring to the developers. So we can safely assume that it is aimed at benefiting builders and buyers both. Therefore, all of us should support it for its faster implementation. Because the quicker its implementation, the better it’ll be for declining real estate market.