The Madhya Pradesh government has released a new scheme to help women in Bhopal. The Samartha Sangini Yojana is designed to help women who have been victims of crime in Bhopal. This is being passed with the overall goal of preventing crimes against women around the city. 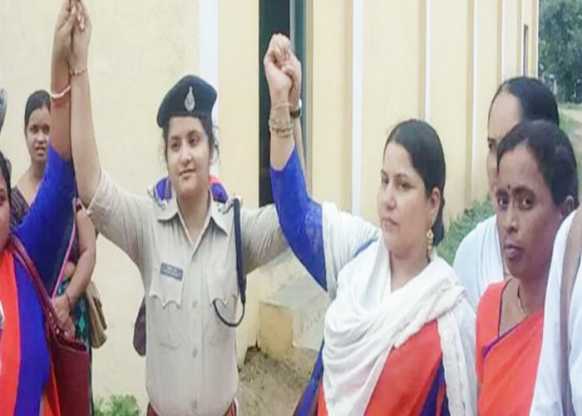 The Director General of Police has informed all police superintendents about the scheme and how it will work. A new network is being formed to check on crimes against women.

This is especially for women in many rural parts of Bhopal that aren’t able to get the support that they normally need. Many women around Bhopal in rural areas are likely to be subjected to many harmful crimes. These include crimes like rape, domestic violence and molestation. By offering this scheme, the local government is aiming to give women help as they require it.

This scheme will be organized carefully and will be promoted to women in the coming weeks. This will help women to learn more about the scheme and how it may be used for the general needs they have for reporting crimes. It is important for the safety of all women in the state.

The network being established will work with many standards to ensure that women are protected:

The network is extensive and carefully organized to be more valuable to all women who need help. By providing this network, women will be encouraged to report on cases where they have been harmed in many forms.

A Need To Control Crime

There have been concerns over how crimes against women have become commonplace around Bhopal.  Rape and sexual assault as well as sexual harassment have become especially concerning in the area. This has particularly been the case in some of the more high-end parts of Bhopal including the Habibganj circle. The slums of Bhopal have especially been targeted by many criminals. By establishing this new scheme, there is a goal in place to try and control how crimes take place and to prevent them from occurring.

The strength of the police force is also being encouraged to increase in many areas. This is to help with creating a more efficient watch over different areas of Bhopal. With this in mind, the risks of many crimes in the area should be reduced if plans are followed properly.

This is also important for rural parts of the area. Many police officers ignore some of the more rural spaces in the region as they often feel that there are no risks of violence in those areas. By targeting such regions, it will be easier for crimes to be identified and for people to receive the justice that they are looking for. It is also a necessity for the government to promote the scheme in these areas to help people learn more about what they can do to prevent crimes or to report on them if needed.

Bhopal is not the first part of India that will be working with such a scheme. A similar scheme has been in place for a while in Betul and has been rather successful. The scheme has helped with controlling crimes against women and has been a significant deterrent.

It was launched in Betul four months ago. The number of crimes against women in the area declined substantially as a result. As a result, the scheme has been expanded to other parts of the state to help and protect women from all kinds of risks.

The Samarth Sangini Yogjana will help women around Bhopal who have been harmed by crimes. This is also to help with controlling many crimes and to keep people from being likely to commit such crimes.