The Saurashtra Narmada Avtaran Irrigation or SAUNI Yojana is a programmed that is aimed to resolve the water related problems of an area. It has already been launched by the Prime Minister at the Sanodara village of Jamnagar district in Gujarat. The Saurashtra region of Gujarat was parched and was facing a huge water crisis. This is why the first phase of this programme has been launched there. 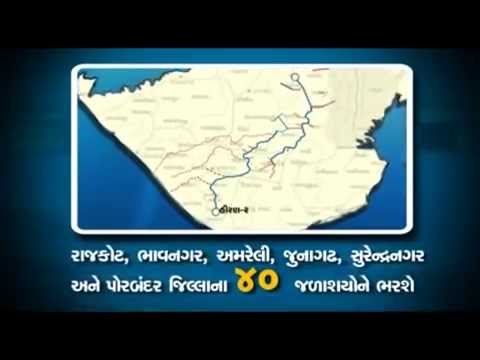 Key facts about the programme:

So technically, the SAUNI project is a basically linking project which will fill water to those areas whose irrigation dams are already linked with canal networks. This is a good project for these areas because even though the infrastructure was present, the Saurashtra region suffered from serious drought conditions.

How is SAUNI different from other irrigation projects?

Also, the fact that SAUNI is actually a link project makes it far from an irrigation project. We can say that SAUNI is a project which will see the benefit of the farmers without acquiring their land. It must be noted that this kind of a project was only possible only because the link could be established. There are places in the country where the link project might not work and where the government might actually have to acquire land from the farmers. Whether those places choose irrigation projects over SAUNI– only time will tell.

The project relies heavily on the Narmada River. The officials say that the Sardar Sarovar dam overflows every monsoon. If this happens then it is good news for the farmers and the residents because then they will be able to get a good amount of water flow, specifically, 1 MAFT.

In 2016 alone, the dam has over flown twice. The officials have said that the water flow from the river flows down to dams like Kadana and Panam. It can also be channelized to flow across the SAUNI network. Not just that, even rivers like Mahi and Sabarmati overflow. Water from these rivers can also be channelized towards this new project’s stream. Hence, the project isn’t just built on Narmada River – although it is a big source of the project.

Here are a few links of the Sauni Yojana