Union Budget for 2017-2018 is going to be one of the toughest budgets of all time. This budget, which is due to be presented today from 11 AM onwards, is historic for several reasons which are summed up below:

As we have already stated, GST, which is scheduled to be implemented starting July 1, 2017, is going to be one of the focal points of the Union Budget 2017-2018. GST has been designed to subsume several central levies and state levies such as VAT, service tax, excise duty etc. 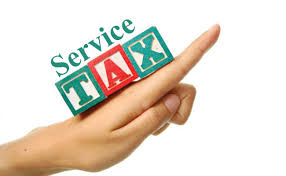 GST bill was passed with various tax slab possibilities. These slabs include 5%, 12%, 18% and 28%. Experts are expecting that Arun Jaitley will announce a hike in service tax somewhere to the level of 16-18%. The current service tax rate is 15%. This move, according to experts and analysts, is a very logical move as the increased rate of service tax will possibly stand between 16% and 18%. This will bring the service tax rate close to one of the proposed GST tax rate slabs.

But Why Increase Service Tax?

Experts explain that with an increase in service tax rates, the following things will happen:

This isn’t the first time when service tax is increasing. It is actually the 4th time that Arun Jaitley may raise the bar. Here is the list of changes that were made previously:

Whether the service tax will actually increase or not is something that we will find out only when the budget is presented. For now, 16-18% ST is a m