Government has found yet another use case for Aadhaar Card. After proudly boasting about issuance of 100 crore Aadhaar Cards as a milestone achievement, NDA government has now decided to link the educational progress of students with their Aadhaar Cards. Yes – the government is starting a new scheme called Shala Asmita Yojana from next month that’ll track the entire education journey of students. HRD Minister Ms. Smriti Irani recently held a press conference to brief the media about it, and a presentation has to be made at PMO as well on Monday. 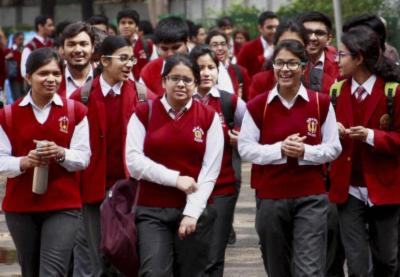 The scheme will cover 25 crore students studying in all government and private schools from 1st to 12th class, which probably makes it world’s largest student tracking system. Each student will be identified by his/her Aadhaar number in the system and those who don’t have Aadhaar will be issued a Unique Identity Number (UIN). Since 65% students aged between 5 and 18 have got Aadhaar cards, it can be assumed safely that majority of students will be identified with their Aadhaar numbers. The system will consist of an online database that’ll compile the entire educational journey of all students including their percentages, attendance, infrastructural facilities and even their mid day meal consumption. Based on that data government will provide special assistance and facilities to the students.

ASMITA stands for All School Monitoring and Individual Tracking Analysis. It’ll be an online database and the data in it will be entered manually by local authorities. According to various media sources, majority of states are ready for its implementation. The system will also help in tracking and curbing mid-day meal corruption, which has remained an unsolved problem for government until now.

Aside from this Yojana a number of other announcements were also done during the conference, which are given below:

JEE Questions to Get Easier

During the conference HRD Minister also expressed her concerns regarding the standard of questions asked in Joint Enterance Exam (JEE) of IITs. The questions asked in JEE sometimes tend to be of degree level, which makes them increasingly difficult to be solved by Class XII students. So Ms. Irani has spoken to IIT Council about the issue, and they’ve assured her that questions asked in the exam will be of Class XII level.

Aside from that she has also spoken to the Council about some other issues faced by the JEE aspirants, Ms. Irani said during the conference. One such issue is the problem of translation to English, which is often faced by the students who’ve had their education in any Indian language. An app called IIT Pal and an online portal are coming soon to solve these problems, Ms. Irani told the press.

Here’s the full scheme at a glance:

It seems like a great idea, now it’ll be interesting to see how well it’s implemented across the country. If done well, it can significantly increase the quality of education that students receive in schools.