Surcharge Vs. Cess – Understanding them and their Differences

Why do we pay taxes? What really happens to the tax money? Well, most of us know the answer to these questions. The tax we pay is the income of our government. The money that the government earns is spent on a number of things like infrastructure development, defense, transport, agriculture etc. So, taxes are important because, without taxes, the government’s treasury will remain empty and our country’s development will be neglected. 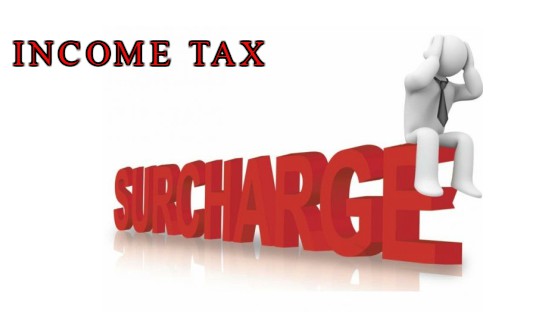 When you pay taxes, you see that there are several elements which are pretty direct and evident. One such tax is income tax. Another such tax is corporation tax. Apart from direct taxes, you also pay a host of indirect taxes like VAT or Value Added Tax, Service Tax, Sales Tax etc. However, you may have come across elements like Cess and Surcharge. Basically, you don’t have any idea of what they are and why you pay those things but you still pay. You generally tend to overlook them because the amount you pay for those (sometimes) unsuspecting elements (and sometimes overlooked elements) is actually very less.

The problem is that we end up paying for those elements even when we are paying restaurant bills. These elements come in addition to customary tax. Funny part, though the amount is less in some scenarios, they can lead to large amounts in some other case.

Similarly, the government also decided to double the Cess for Clean Environment. Previously, the cess stood at INR 200. Now the cess is at INR 400. Because of this doubling, the price of electricity went up by 4 paise to 6 pasie for every single unit of electricity we consume. Electricity usage may not be high for everyone but over the long run, we pay quite a lot because of the increased cess.

So, what are these cess and surcharges?

Some people may say that they are basically indirect taxes. But they aren’t really so. They are always predefined taxes and come at a specified rate only. It is mandatory to pay such cess and surcharges and we just cannot say no to that. In this article, we will learn about the cess and surcharges in details.

But before we do so, there is one question that we need to answer…

What are direct and indirect taxes?

Nice question and we are glad that you asked. Let us answer this question in two parts:

What are direct taxes?

There is no intermediary in between the government and the taxpayer(s).

What are indirect taxes?

Indirect taxes are paid still paid to the government but the only difference is that some intermediary sits in between.

This is how it works:

But when and on what are these indirect taxes paid?

That’s pretty much a comprehensive list of direct and indirect taxes that are applied on people and businesses by central and state governments.

Now, let us try and understand cess and surcharge…

Remember that Cess and Surcharge do not fall in direct or indirect tax categories.

So, what really is Cess?

There are certain pre-decided purposes that the government wants to achieve. The tax that is collected by the government for those purposes is known as Cess. For example, no matter what the government does, it will always work towards funding both secondary education and higher education. This purpose is predefined and is never altered irrespective of the agenda (political or economic) of the ruling government. So, government collects tax for this predefined purpose through cess. There are two types of cess applied here:

Here are some interesting features of cess:

Where does the cess collection go?

Every single rupee that the government earns as revenue goes in the Consolidated Fund of India, usually known by the abbreviated name – CFI. Everything from income tax to corporation tax to sales tax to VAT – everything goes into CFI and so does the cess! There is however one thing that happens in case of cess fund. Every penny that is collected out of cess will be used only and only for the purpose for which it has been collected. Remaining tax collections can be used in any XYZ purpose that the government deems necessary.

What are the different types of cess that we pay from time to time?

In order to avoid any criticism, the government also decided to do away with 13 different types of cess which were not very profitable for the government and only garnered 50 crore rupees or less in a year.

Amount of Cess Collected and Amount That Has Been Utilized

Because you pay Cess, you will want to know how much money has been collected and how much has been used. The table below will give you a proper snapshot till 2015.

If you notice carefully, you will notice that there is something called “Amount Transferred or Utilized” in the table above. The question is, where is the amount transferred? As we said earlier, the cess collected actually goes to CFI (Consolidated Fund of India). From there, the cess is transferred to a specific fund designed for the purpose for which the cess was collected in the first place. So, we see that in case of Tea Cess and Higher Education and Secondary Education Cess, it is NIL. The truth is that no fund has been created for those cess and even no scheme was announced lately so that the collected fund can be used.

That completes our discussion on Cess. There isn’t enough to discuss. So, we will move forward and learn about Surcharge in our next segment. Ready?

In plain and simple words, ‘IT IS ADDITIONAL TAX’. This means that if you are paying income tax (as per the income slab you fall in), you may be asked to pay additional tax if your income is really high. There was a time when surcharge was applicable only and only on businesses. This changed in 2013 when it was announced by the Union Government of that time that individuals who have income over INR 1 crore will also have to pay surcharge at the rate of 15%. In Budget 2017 (that is the current budget), it was announced by Union Finance Minister, Arun Jaitley that surcharge of 10% will be applicable on those who have a yearly income within the range INR 50 lakhs and INR 1 crore. Those with annual income over INR 1 crore will continue to pay surcharge at 15%.

Here is something you need to know about Surcharge:

For this subsection, we will like to start by saying that there are two broadly categorized types of taxpayers – the individual taxpayers and the businesses that pay taxes. Also, you need to know that surcharge is applied on the payable income tax and not on the taxable income itself. Let us take a look at the surcharge rates that are currently applicable for different types of taxpayers.

For HUFs and Individuals:

The weirdest part of surcharge is that for HUFs and Individuals is way higher. In fact, it is the highest.

The current surcharge rate for HUFs and individuals who earn in excess of INR 1 crore in a year, the surcharge is 15% of the total payable income tax. The surcharge was introduced for the first time in year 2013 and the rate at introduction was 10%. However, the rate has been revised upwards several times. The table below shows the revisions made for various fiscal years:

Surcharge of 15% is applicable on income if the businesses fall in the following categories:

For Domestic companies, the surcharge rate is 7% on the payable tax.

Foreign companies enjoy the lowest surcharge as per Income Tax Act. Some people may not like this but there is a reason for low surcharge applicable on foreign companies. Of the many reasons, the two primary reasons are:

The surcharge rates for the foreign companies is given in the table below:

Calculation of Surcharge and Concept of Marginal Relief

Calculation of surcharge is difficult and a bit complicated because there is a concept of Marginal Relief in between. Before we move forward and give an example of how surcharge is calculated with marginal restriction, we need to first explain the concept of marginal relief.

So, what is marginal relief?

We will skip the complicated definition and straightaway take an illustration for explanation.

Scenario 1:Let us assume that the annual income is INR 1 crore. This is the net taxable salary. So, the table below will show the tax calculation:

Scenario 2:Now, let us consider a situation where the income increases above INR 1 crore by just Rs. 10. So, the total taxable income will stand at INR 1,00,00,010. What will happen in this case?

Let us check the table below:

Now compare the two scenarios side by side in the table below:

In the table above, you will notice that just for Rs 10 increase in salary, the extra tax that one needs to pay is INR 2,82,503. This is completely disproportionate. So, the taxpayer will actually prefer to stick with income of INR 1 crore instead of getting a hike of Rs 10.

This is where the concept of marginal relief comes in. It simply means that “UNDER NO CIRCUMSTANCES, THE INCREASE IN PAYABLE TAX (WHICH IS INCLUSIVE OF THE SURCHARGE) CAN EXCEED THE AMOUNT BY WHICH THE INCOME INCREASES ABOVE THE MARK OF INR 1 CRORE.”

This bleakly translates into the following:

The extra income tax that one needs to pay (which is inclusive of the surcharge) should be restricted to salary increase above INR 1 crore. However, Cess will be extra and that will be calculated over and above (income tax + surcharge (restricted if necessary))

Now that we know the concept of marginal relief, let us take a numerical example to calculate the surcharge and total income tax payable.

There will be multiple steps. We will pick one at a time. But before we start, we make the following assumptions:

Step 1: Calculation of surcharge and total tax to be paid

Step 2: Is salary increment higher that tax increment? Finding out…

Now, as per the data so far, the increase in income is INR 74,000 and the incremental tax (inclusive of surcharge) cannot exceed INR 74,000 because of Marginal Relief. But, the tax without surcharge element stands at INR 22,200. So, the surcharge that will be charged here will be:

So, the surcharge that will be applicable subject to marginal relief will be INR 51,800.

Now that we know the surcharge, let us calculate the final tax that is to be paid.

Step 4: Calculation of final tax to be paid

Now, the final tax that will be paid will include:

The table below will show the calculation

Marginal Relief will no longer be applicable and surcharge will be applied with the usual rate.

That’s pretty much everything about surcharge. There is nothing more to explain. However, we are still left with one more segment – Different Between Surcharge and Cess. Let us cover that section and finish the article.

Difference Between Surcharge and Cess

Now that we have learned about differences, we can take a quick look at some similarities between surcharge and cess.

Similarities between Surcharge and Cess

That’s pretty much everything that you need to know about Surcharge and Cess. In case you have any question, feel free to send a comment or two. We will try to reply as fast as possible.