Karnataka government and ICRISAT namely International Crop Research Institute for Semi-Arid Tropics have jointly taken an initiative to bring facilities to the farmers of the state of Karnataka. As the state government has realized that the agricultural sector of the state needs more technologically driven facilities for their farming and such, they have joined their hands with international agricultural institutions such as ICRISAT to provide technical amenities and science-led facilities at the doorsteps of the farmers. To provide them better quality of life Government has launched a new scheme called Suvarna Krishi Grama Yojana aka Golden Agriculture Village Scheme. 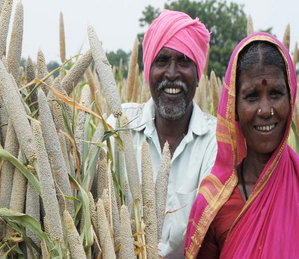 The scheme is launched for the rural people, especially the farmers and people who are directly or indirectly depended on agricultural sector.

Why is it needed?

How it is implemented?