When Punjab Government presented the annual budget for FY 2016 – 2017 on Tuesday, it became clear that Akali Dal government doesn’t want to leave anyone unhappy for upcoming elections. The budget presented by Finance Minister Mr. Parminder Singh Dhindsa is a balanced one offering something to everyone, but its key points of focus are empowerment of farmers, women and youth. Agriculture and infrastructure development have also been key points of focus for the budget. Majority of funds from the total budget size of Rs. 86,387 crores have been allocated to these purposes, as you can see in the table given below: 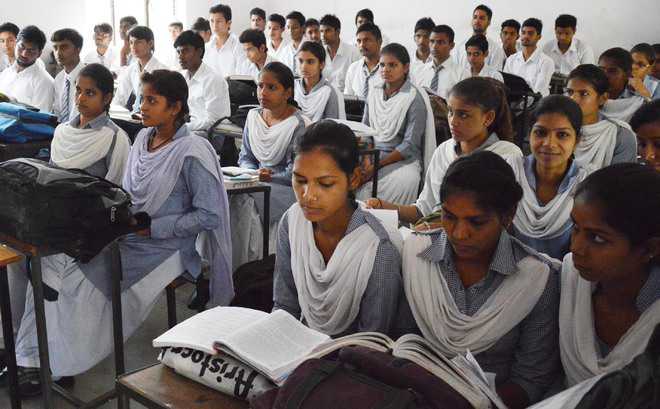 Many schemes aimed at education and well-being of women are there in the budget, but one that has attracted the most amount of praise from all quarters is “Swasth Kanya Yojana.” With this scheme of Rs. 70 crores government is trying to improve the social as well as educational status of girls, which is certainly a great initiative.

Under this scheme stationary-filled school bags shall be distributed to all school girls studying in government schools completely free of cost. The bags will also contain a Benefit Eligibility Card describing various schemes that government is running for welfare of girls. Besides, free “Kanya Health Care Kits” shall also be distributed to girls studying in government colleges from class 6th to Intermediate. The government plans to distribute those kits via special vending machines installed in schools.

The move has been well-received by all major women empowerment groups and NGOs working in state. President of Children and Women Welfare Council Ms. Monika Khurana called it a good initiative that should be implemented with true spirit. Ms. Harpreet Kaur, a government school teacher also had similar words to say. She said that free stationary will help the girls who don’t come to school because of not being able to cover the basic needs of study like stationary.

The government has also started work on ground level to implement these promises. In many cities vending machines have already been started in schools, a move that has earned the government some serious credibility from public.

Other proposals made in the budget include:

For women security Punjab government has announced that public places like schools, colleges, markets, multiplexes and shopping malls shall be patrolled by special women teams. The teams will intensly patrol their respective areas to stop crimes against women. An app called “Shakti” will also be launched that’ll allow women to easily alert their relatives and local police in any situation of distress.

To foster the spirit of entrepreneurship in women entrepreneurs government has announced that they’ll be provided loans up to Rs. 50,000 at the rate of 5% per annum rather than base rate of 9%.

Another major proposal made by the government in budget is that of setting up two thousand centres near all major hospitals and dispensaries for free distribution of essential medicines (around 200+ medicines are included in the list). That’a a great move, but government is offering much more than that – free emergency treatment for first 24 hours and free basic tests like blood test, urine test and a few other tests.

As expected, all these announcements have been received well by state’s residents. However, many people are also wary of hollow promises, as some of them pointed out about the failure of a service that government had started earlier to pick and drop pregnant women before and after the delivery. 108 ambulances had been scheduled for the service, but as of today those ambulances don’t drop the women back after delivery. So in this election year, what Punjabis just don’t want are hollow promises. They want these promises to be fulfilled by the end of Fiscal Year. Now it’ll be interesting to see how well government carries it out.