Unified Payments Interface is an advanced version of IMPS (Immediate Payment Service). The main aim of UPI is to make funds transfer easier. National Payment Corporations of India (NPCI) gave their permission to 21 banks for publishing their apps which will be UPI-enabled.

United Payment Interface will be useful because it will remove the need of adding payee details. An individual will be obliged to create a Virtual Payment Address or a VPA in order to receive and send payments in this system. The details of a payee such as bank name, branch name IFSC code, etc. will not be needed in this new system. 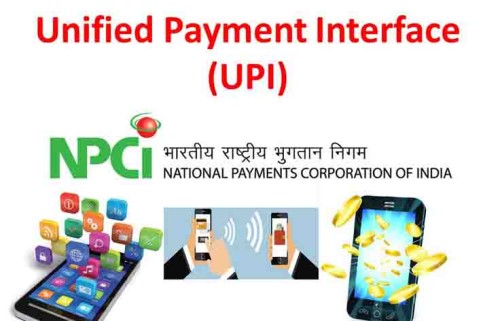 29 banks have participated in this new system and out of the 29 banks 21 have been given the green signal by NPCI. Until now 15 banks have published their UPI-enabled apps. The name of the apps vary from one bank to another. If an individual wants to download the UPI enabled app of their bank, they will be able to search for UPI on play store or they will be able to search their bank’s name on Google Play Store. If their bank is UPI enabled, it will be written in the description of the app.

The main aim of the app is to make funds transfer easy and thus it will benefit the users of the app as they will be able to avail services such as mobile recharge, DTH refill, paying bills and so on. Also, a user will be able to send payments to their friends and family through the app. These transactions or transfers happen 365 days a year and thus a user will not need to be anxious about a bank holiday.

The major benefit of using UPI based apps is that a user isn’t obliged to download the UPI app of their bank. A user is free to download any UPI Based apps. If a user has an account in Yes Bank, they will still be able to download the app of ICICI bank and it’s just that a user will need to link the bank account details of their Yes Bank account to the app of ICICI bank. If a user has two accounts in the same bank, they will be able to use this feature and download another app of another bank.

If a user wants to receive money from their friends or family, they will be able to do it using the UPI app.

Below are the processes of receiving money using UPI.

The UPI apps will also cashless transactions. A user will be able to use an option named Scan QR Code in that case. For example, if a user is at some place like grocery shop, mall, etc. where UPI payments are accepted, they will be able to open the app and scan the QR code at the payments counter. Thus, money will be sent from the user’s bank account to the merchant. This will surely be very useful for a user as they will not need to carry any cash while going to the public places. These processes will make the lives of the users very easier. UPI also eliminates the need of carrying any debit/credit cards and it also removes the need of OTP. UPI makes the procedures of payment very simpler and easier.