Aadhar Pay Payment app Download (How to use, Cost and Install)

Aadhaar Pay Payment app Download (How to use, Cost and Install )

The government is doing the work of digitizing India in full speed. It has launched the Aadhar payment app recently so that cashless transactions receive a further push. The main aim of the app is to replace all PoS machines and cash. This way with this app itself you will be able to make transactions. 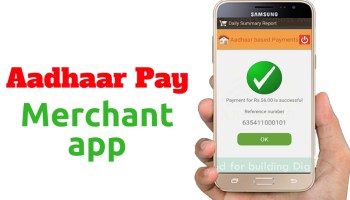 Right now every user is either using their cash or e-transfer or credit/debit cards to make payments. Due to the onset of demonetization, cash payments have seen a rapid downgrade. On the other hand on debit/credit or bank transfer, you have to incur a processing fee. Similarly the merchants have to pay a fee to accept the payments from the people through these methods. But with the Aadhar Payment app, this will no longer be necessary. It will be affordable to go cashless then.

Things to know about the app

Will people be really benefitted?

India is a land with multitudes of villages and small towns. There are people who have not understood how this works as of yet. Hence there is a major planning that has gone into making sure that this system really reaches the ones it is meant for. More and more people are to be taken under one umbrella.

Nearly 14 lakh Village Level Entrepreneurs (VLEs) will be given training. These VLEs will be chosen from 6500 blocks and 500 districts in the country. They will especially be trained in carrying out cashless transactions so that they are able to accept digitized payments from their customers. This will help them reach the masses and it will also take the initiative of digital India forward. According to sources, they will train nearly 80 lakh people and they will also reach at least 25 major merchants of the country. The plan is to reach as far and wide as possible so that they can use this new app.

Mr. Ravi Shankar Prasad, the IT and law minister, told the media that a two day event will be held in Delhi’s Major Dhyanchand National Stadium. They will also ensure that awareness about digital payments and the new Aadhar app reach the masses.

Note: if you have two accounts with the same bank, you would be asked to choose a primary account to make transactions.