People residing in Delhi and surrounding areas have been facing the issues of air pollution. The situation has been worsening over the years. Commoners never leave home without a mask as the percentage of suspended particles in air is way over the normal mark. The situation became so bad that the state authority banned burning fire crackers during 2017 Diwali. Finally the central government stepped in with the new Air Pollution Scheme for NCR. 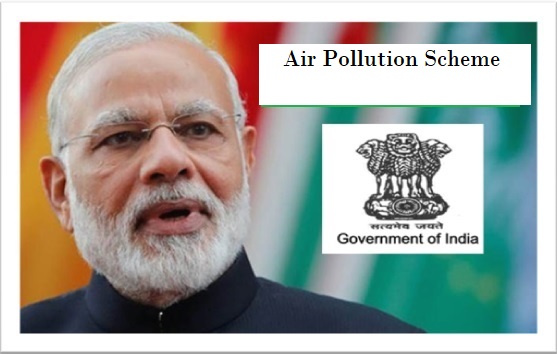 Launched details of the scheme

The official announcement of the new program was made by the present Finance Minister of the country, Arun Jaitley. He made the other ministers aware about this unique scheme for controlling the air pollution during this official Union Budget of 2018. It took place on the 1st of February. The FM said that it will be implemented as soon as possible.

There is high percentage of farms around the area in question. Once the crop is harvested, the farmers tend to set fire to the crop residues. That way, they can add necessary minerals in the soil and also clear the area within no time. What they do not realize is that this burning of crop residue adds to the air pollution. Apart from creating awareness, the government will provide farmers with machines which will change crop residue into fertilizer. It will tackle the crop husk burning problem. Another path that the government will take to curb air pollution is taking strict action regarding vehicular emission checks.

It has already been mentioned that the burning of crop residue creates most of the air pollution in the region. To stop this practice, the central authority has announced that each farmer will receive a handsome subsidy on the machines, which converts the crop residue into usable fertilizer, and eliminates the need to burn the crop husks. That way, the farmers will receive several benefits with the installation of one machine. The subsidy from the government will encourage farmers to opt for this machine.

Area to be covered under the scheme

Air pollution is not something that has been creating problems in the lives of people living in Delhi and surrounding areas alone. To make sure that the entire area is free from such high levels of air pollution, the state governments of surrounding areas like Punjab, Uttar Pradesh and Haryana will also implement these evasive measures.

The lives of millions will be at the stake if the central and the local authorities fail to curb the environmental problem. People need fresh air to breath in. otherwise they will not be able to survive. This pollution preventive policy will assist the government in providing satisfactory living conditions for the commoners.